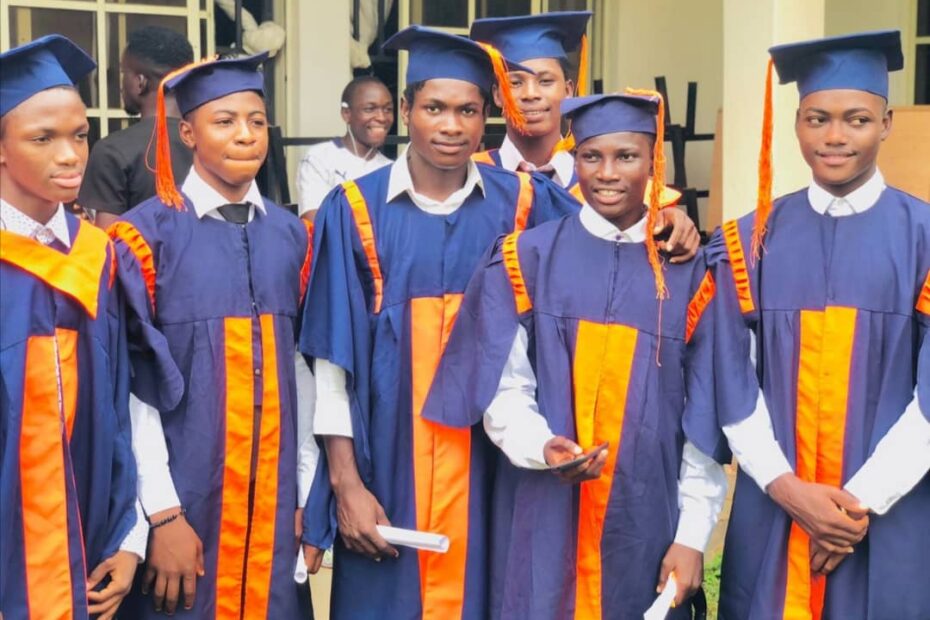 The National U. 20 school boy player Onuche Ogbelu has graduated from Fosla Academy in Karshi Abuja after completion of his six years Secondary School education.

The graduation ceremony which was held during the week, saw the defending and attacking midfielder graduating along with other students from the Academy.

Reacting on his graduation from the Academy, an elated Onuche who was 18 years in May, said “I am really excited. I will want to say that I am leaving the Academy with double Honours. I was able to successfully complete my senior Secondary school program, having joined the Fosla Academy in the 2016/2017 Academic Session. I was also able to be among the privilege few players that represented Nigeria at the U. 20 level, winning a place for the AFCON U.20. I count myself privileged because many never believed that a secondary school student can make an impact at that level “.

Continuing, the Ibaji, Kogi state born player said” I remain appreciative to our father, Alhaji Sani Lulu Abdullahi for his selfless role in building a future for very many of us. I must always thank the U20 Head Coach Dr Ladan Bosso for believing in me, and giving me the rear opportunity to serve Nigeria. I remember vividly my debut match against Cote D’ivoire, in the semi finals of the WAFU B U20 Championship, when he called me up just few minutes to end the match, with scoreline at 1-1, and gave me confidence, directing that I should go into the field, and stabilize the team. It was there I realized that he had a lot of confidence in me. I thank God I did not disappoint him “. He was also thankful to all members of the Fosla Family for being there for him with their prayers.

On his next plan after graduation, he said” I will return fully to my team Fosla FC to help them in our quest to gain promotion to the Nigeria National League, from there I will wait for what God has in stock for me ” he concluded.