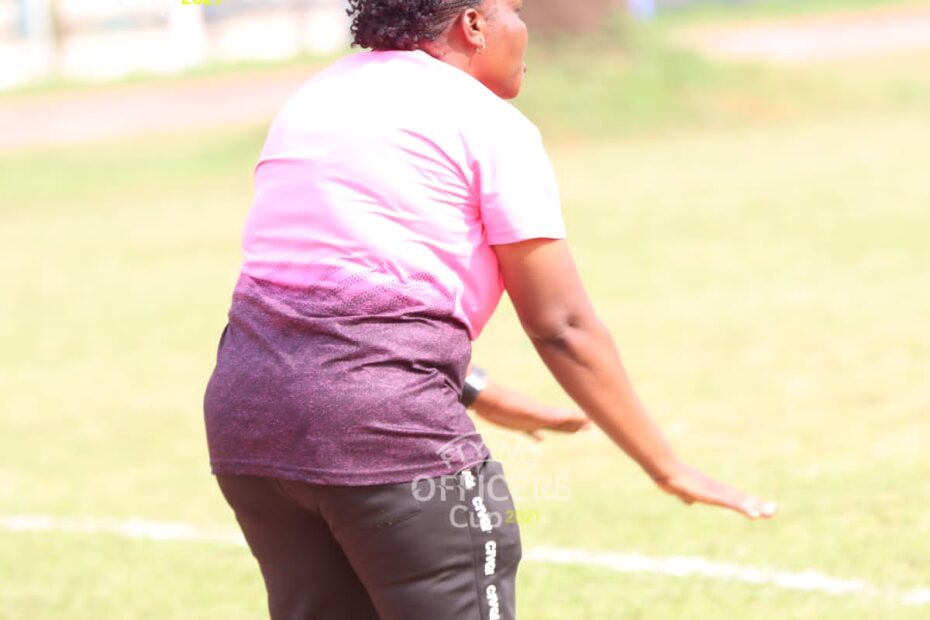 Sunshine Queens qualified to the next round of the Flying Officers Cup on Saturday, after defeating SGH Sports Academy Amazons by a lone goal. The ‘Betty Babes’ recorded two victories (against Waco Ladies and SGH Sports Academy) and one loss against Confluence Queens in the group stages, scoring two and conceding one in the process.

Coach Onilude, who took over the realms of affair at the Akure-based side four months ago is optimistic that her team will do well against Edo Queens, despite not being the favourite in the encounter.

‘When you are in this kind of Competition and you get to this stage, you don’t want to look back. You just want to keep going.

‘It is true that am building a new team from the scratch, but it doesn’t stop us from competing. We want to keep going and growing as a team.

‘I feel very positive about this encounter and trust my players to lift their games, even though people think we are not the favourite for this encounter.

‘We haven’t been taking our chances too, we need to learn how not to lose chances. The more chances we convert, the better for us as we move higher in the Flying Officers Cup.

‘Our opponents have good and experienced players, and that’s one thing we need to be wary of. We believe in ourselves and we are very hopeful.” She concluded.