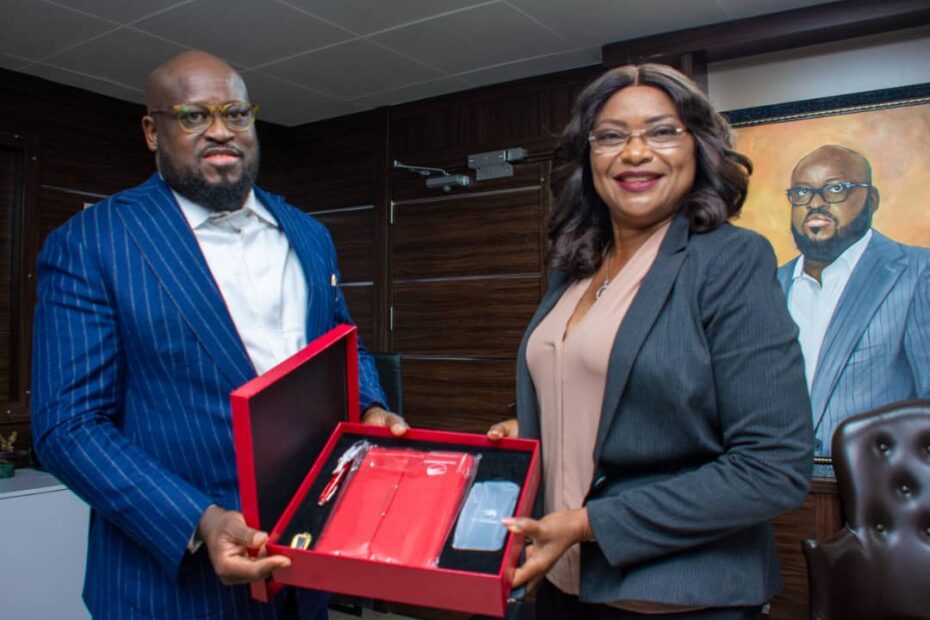 The Chief Executive Officer of Tulcan Energy Resources Mr Tayo Adiatu was delighted and happy that Tulcan Energy had made the right decision in delving into women’s Football in Nigeria.
‘ I congratulate you for a very successful Super Six , the quality of branding was second to none at the stadium , the calibre of presentation by the teams , the organisation, the fans , facilities, Officials and the media that covered the event were at International standard.
It was a wake up call “.

Mr Adiatu who interestingly has a high sense for details took time to reel out the Aisha Falode led board Organisational skills during a thank you visit by the NWFL Board to the Tulcan Energy’ Corporate office in Victoria Island Lagos on Monday.

Adiatu further explained that not only did the tournament become bigger than what they had expected as women’s football league despite its recognition in Nigeria has not benefited from the support of the populace at large.
Tulcan saw the huge opportunity to promote the female gender and women Sports and is quite thrilled with the successes achieved at the Super Six.

“Our resolve to support the NWFL is not going to be a one off , we will continue to support the women’s league Super Six and women’s football in Nigeria.
We have started with the Sponsorship of NWFL Premiership Super Six, we won’t abandon it”.

Ms Aisha Falode in her thank you speech to Tulcan Energy came with a huge confidence having organised a Super Six measurable to an international standard.
” We were happy to have the resources needed, the corporate support and funding to host a very successful Super Six, first time in the history of women’s football in Nigeria”.