Football Gold Medal And Highest Goalscorer For Damilola Koku As She Rounds Off Police Games on a High Note. 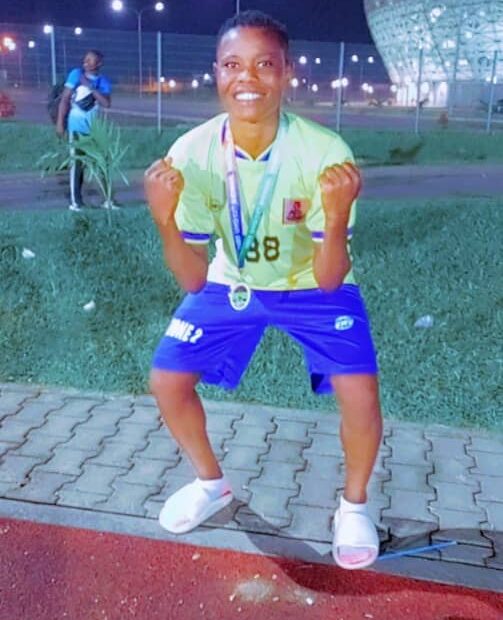 Damilola Koku rounded up the just concluded Police Games on a high note, scoring two goals in the final to give her team a deserving gold medal and also ending as the Football Events Topscorer.

Having scored a total of seven goals before the final game against Zone 7, the FC Gintra Forward went on to score two goals in each half in the final to end up with nine total goals in the Football Event, thereby ending as tournaments Highest goalscorer.

An excited Koku, while speaking with the media, noted that she is very happy that she could help her Zone 2 Side claim Gold in the Football Events of the Police Games.

“I am very glad and fulfilled. We have been working really hard for this and am happy we ended up winners.

“Zone 7 are also a good side, but I guess we were more determined and showed that from the blast of the whistle.

“Ending as Topscorer, means alot to me and won’t forget my teammates who helped me to achieve this. It wasn’t as easy as anyone could think.” She Concluded.

The 13th Biennial Police Games was held in Uyo, the capital of Akwa-Ibom State and ended in the 30th of last month.