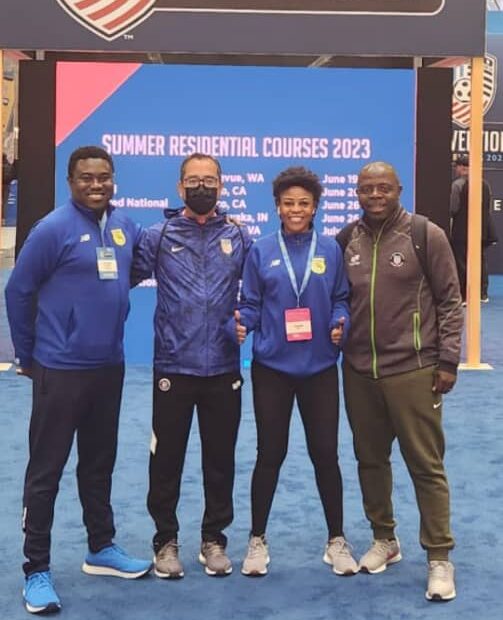 Plans are shaping up in the right direction for Football Coaches Association Of African Nations (FCAAN) in the new year reveals Terry Eguajoe, the FCAAN President.

It was all excitement as Dr Terry Eguajoe the founder & President of FCAAN spoke passionately to the Editor In Chief of tobexmedia.com Oluchi Tobe-Chukwu on the Targets of FCAAN for Nigerian Coaches in the new year.

” My target for Nigerian Coaches this year would be to have more Grassroots courses than we had last year , we are looking at having about 25 Grassroots courses around the country. We would also strive to finish up the advanced courses which is the FCAAN C & B Diploma Courses.
We hope this courses would include the professional women league Coaches and the NPFL Coaches “.

” 2023 is looking good for FCAAN and we are hoping to do more for Nigerian Coaches, just like we did for African coaches that joined us in the US for this year’ Convention “.