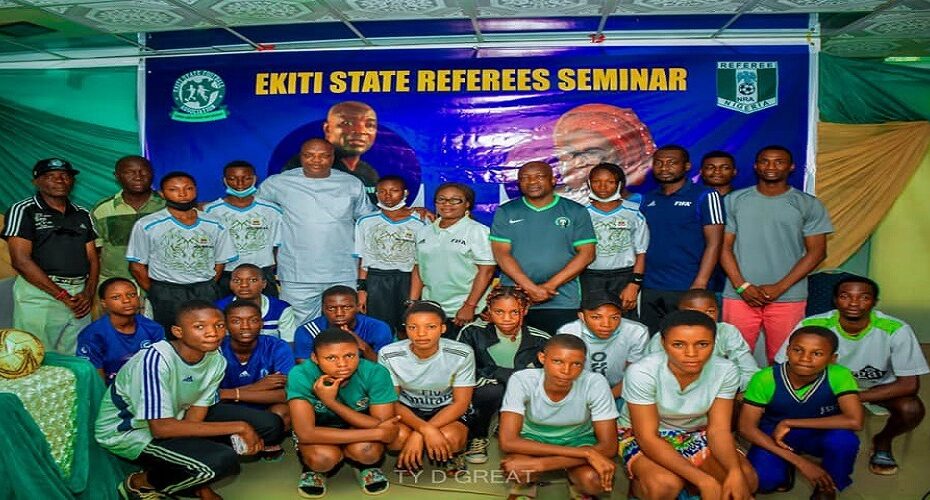 Dominated by young, sprightly referees, there are now a sizeable members of the young members spread around the sixteen local football councils in the state.

This is also a testimony to the success of the Identify Referees-in-Training initiative of the Ekiti FA in conjunction with the Ekiti State Referees Council that allowed boys and girls in the secondary schools to be scouted and encouraged to begin learning the ropes as officiating officials from young age.

The Chairman of Ekiti FA, Bayo Olanlege in his reaction congratulated the council and it’s board headed by Otunba Amos Ariyo and his team which includes Omotoye Toyese, State Training Officer, Ayodeji Aladesanmi, the 2nd Vice Chairman who is also the Ag. Chairman, Ado LFC, Barr. Lekan Daramola and the Council Secretary Kehinde Cuba Adetule for the unprecedented feat which he said will greatly elevate the round leather game in Ekiti.

He further credited the Nigeria Referees Association heads, especially the Chairman, Otunba Tade Azeez and Zonal Coordinator, Kabiyesi, Oba James Odeniran as the guiding hands to get through the process with less difficulties, appreciating the body for its cooperation and numerous support to the custodians of the law of the game in Ekiti.