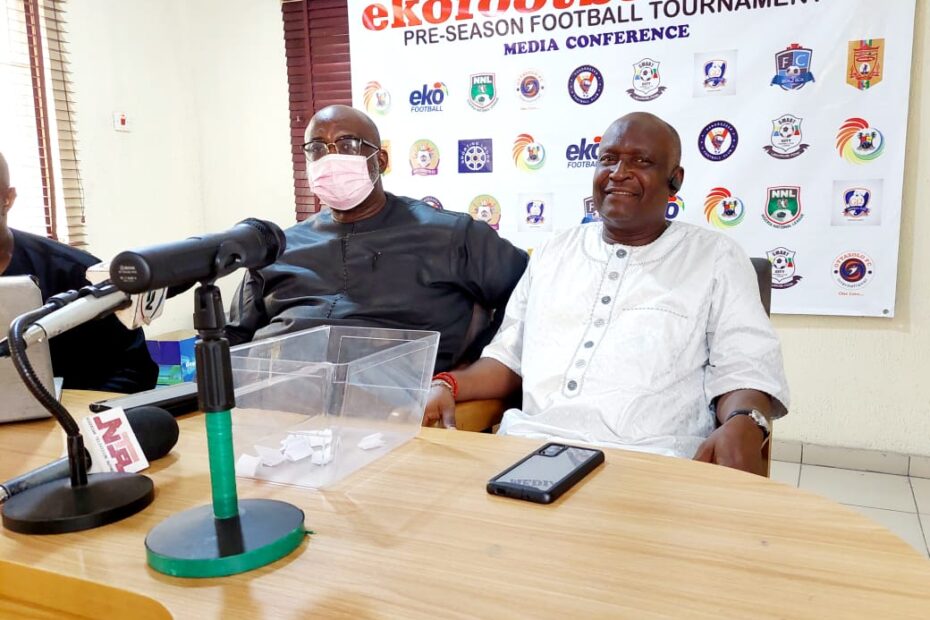 The first edition of the EkoFootball NNL Preseason Football Tournament, will begin at the Teslim Balogun Stadium, Surulere on January 19, 2022, with eight clubs participating.

According to the Executive Chairman, Lagos State Football Association, Barrister Seyi Akinwunmi, the essence of the tournament of to ensure the Lagos clubs in the Nigeria National League (NNL) are well prepared for the season much that, they can be promoted to the elite league, the Nigeria Professional Football League, the NPFL.

Akinwunmi stressed that, the Lagos FA is not happy that, NNL clubs in Lagos have been finding it difficult to move a step further to the elite league over the years and poor preparations have been identified as a Major factor, the reason we want to ensure all the clubs are well prepared in the preseason tournament, where all the clubs will play at least three solid games in the groups before advancing to the semi finals and the grand finals.
-Total 25 players to be registered by each club.

The participants are five NNL Clubs in Lagos and three Lagos FA clubs, that will be broken into two groups of equal clubs.

The Preseason tournament will kick off on January 19 and January 20, Games.

All matches will be played at the Teslim be Balogun Stadium.

The executive Chairman, Lagos State Football Association, Barrister Seyi Akinwunmi, also noted that the EkoFootball NNL Preseason tournament, is an opportunity for Lagos NNL teams to be well equipped to play in the new season so as to gain promotion to the NPFL.
He noted that Lagos has lots of good players to play in the top league and urged the clubs to treat players well at all times.
“This is the chance to tell the country that you are getting ready for the NNL challenge, admonished the teams to put in their best and pay less attention to referees, but prepare very well for the challenges ahead. Opening game on January 19: Otasolo vs Joy Comet. January 20: Ikorodu City vs Lagos Sporting.