It’ A Second Consecutive Hattrick For Rafiat Sule In Italy. 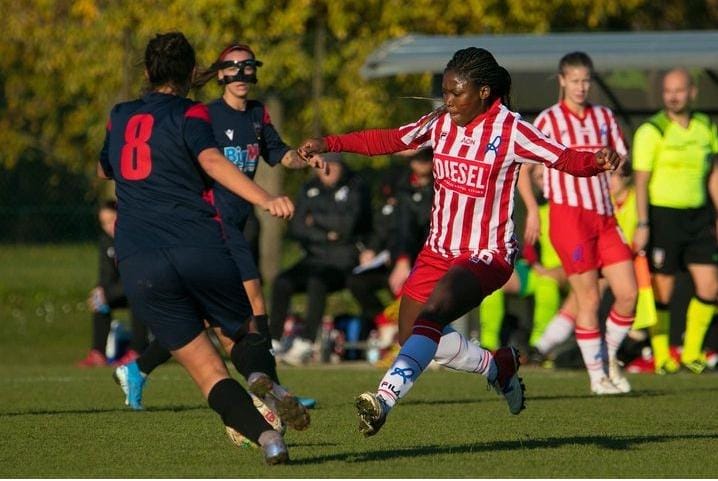 Having scored a Hat-trick in her last home outing, Sule made it back-to-back trebles against the Florentina based side.

She got her first with just two minutes played after getting a pass from Cattuzo, the former Rivers Angels goal-poacher scored her second of the game a minute after and finally the third just before halftime.

The Forward has now scored nine goals including two hat-tricks, in seven matches played so far this season and would be looking forward to converting more goalscoring chances as the season goes on.

Other goalscorers in the 7-1 thumping are Arianna Cattuzo, who scored a brace, Georgia Marchiori and Mariana Basso.