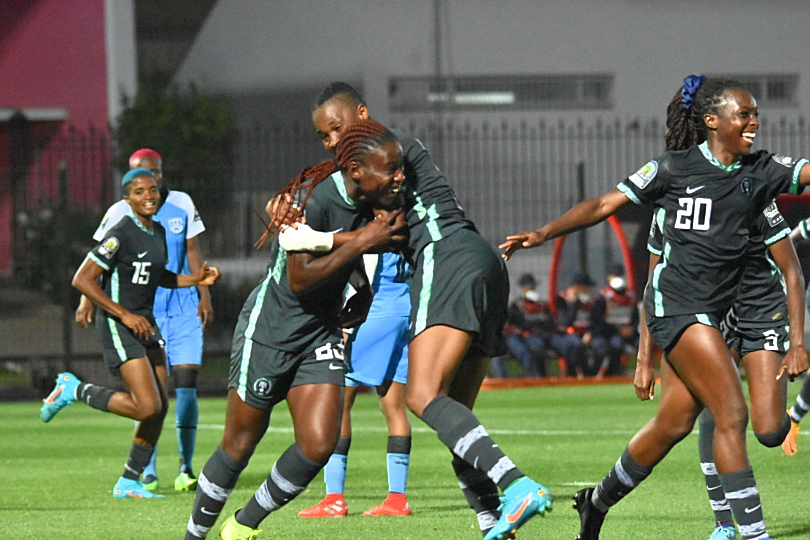 Benfica FC Midfielder Christy Ucheibe is delighted after she scored on her Women’s Africa Cup Of Nations debut, as the Super Falcons went on to defeat the Mares of Botswana by 2-0.

The former Nasarawa Amazons midfield maestro scored within a minute of her WAFCON debut, nodding in a cross from Francisca Ordega to strengthen the Super Falcons’ lead against the well-composed Botswana Ladies.

The Portuguese Campeonato Nacional Feminino Champion provided some calmness and composure to the Falcons’ midfield, working hard and also setting the tempo upfront, alongside other players.

“It is a great feeling to score on my WAFCON debut,” She said.

“I want to thank my teammates because it wouldn’t have been possible without them. I have always waited for this time and am glad it came by. I knew I was going to play, so I was really prepared for it.

“Every game is step by step, we have moved on from the South Africa game and now, we have a new spirit in camp and we are good to go.

“It was a good feeling, I know my instincts and always give my all in every training session, I have never doubted myself for once. My target is to do well, get the ticket to the World Cup and probably help the team win the Championship for the tenth time.” She concluded.