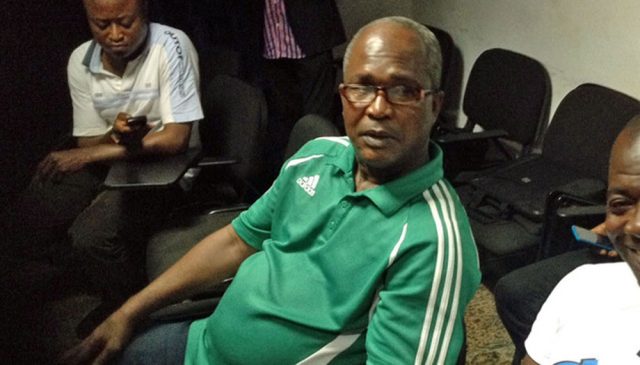 Lagos State Governor Babajide Sanwo-Olu has been commended by the leadership and entire body of the Lagos State Sports Writers Association of Nigeria for taking responsibility for former Nigerian international, Henry Nwosu’s treatment.

A statement released by leadership of the body led by Debo Oshundun, said the noble gesture is a testament to the government’s policy towards sports development and recognition of the labours of past heroes.

“The last few weeks had been troubling for us when we heard about the predicament of Nwosu, also a friend of Lagos SWAN. Through the reports of our members, we have drawn attention to his plight and elicited responses.”

“We sincerely thank the Lagos State Government led by His Excellency, Babajide Sanwo-Olu for volunteering to take up the full cost of his medical bills as a way of saying thank you to Nwosu who brought smiles to the faces of Nigerians as a player and coach.”

“We are grateful to the governor for always coming to the assistance of our retired athletes in the area of welfare. It would be recalled that Gov. Sanwo-Olu gave Chioma Ajuwa a two-bedroom flat and Patrick Pascal a three-bedroom flat for making the country proud,” Oshundun said.

Nwosu was the youngest member of Nigeria’s victorious 1980 African Nations Cup squad and scored the only goal for Nigeria at the 1980 Olympics.