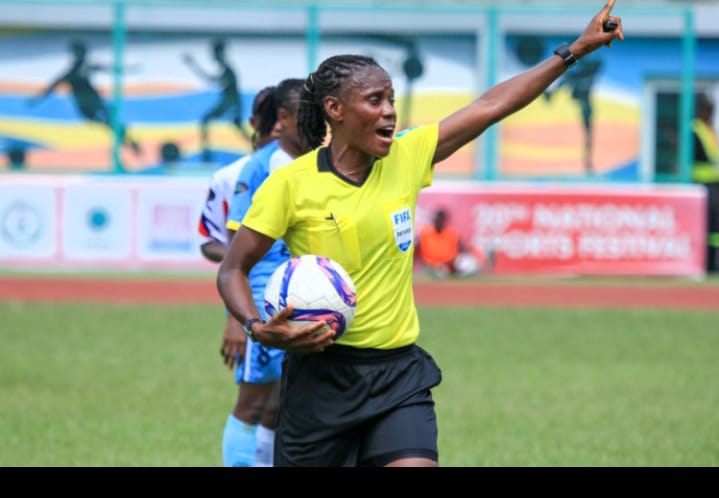 Olympic Referee, Patience Ndidiamaka Madu will be at the center of proceedings as Nnewi United takes on Apex Krane in the final of the 2022 edition of the Tico/Select Preseason Tournament scheduled for Enugu.

Madu, the Ward winning Best Female referee in Nigeria 2021 , was part of the Tokyo 2020 Olympic Games referees that got three games under her belt in different cities in Japan.

On Wednesday, she was named by the Enugu State Referees Council as the arbiter for Thursday’s Tico/Select Preseason Final involving Nnewi United and Apex Krane as reported by Newspathfinder.com.

Patience Madu is also the training officer of the Enugu State Referees Council and has distinguished herself both home and abroad.

Patience Madu is also the first Nigerian Referee to apply VAR in a CAF/FIFA competitive match which was repeated in Morocco during the champions league.

The match holds at the Liberty Pitch, Enugu, at 4pm on Thursday.

Nnewi United saw off Golden United in the semi final while Apex Krane overpowered Ingas FC despite playing one man down to reach today’s final.