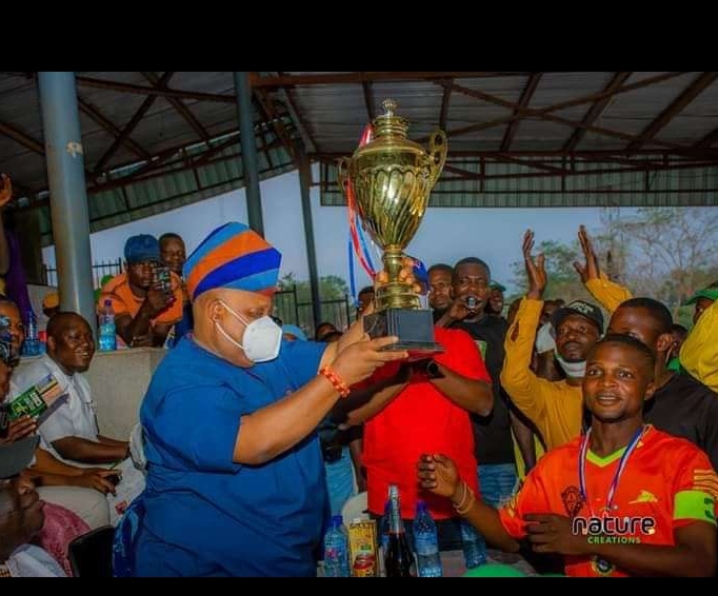 The third edition of the yearly Otunba Isiaka Adetunji Adeleke Memorial Cup will kick off on Sunday, December 4th 2022 at the Osogbo City Stadium, Osogbo.

The Memorial Football Championship is dedicated in honour of the first Civilian Governor of Osun State, Otunba Isiaka Adetunji Adeleke and solely powered by Rep. Bamidele Salam, who represents the good people of Ede North, Ede South, Egbedore and Ejigbo Federal Constituency of Osun State in the National Assembly.

This year’s edition will see teams from all thirty Local Government in Osun State Participating, including Ife East Area Office. Making the Competition the biggest Grassroots Football Competition in the State.

The Opening day action will see six teams participating. In the first match of the day scheduled for 10am, Area Council FC will face Osun FA Team, while Olorunda United FC and Osogbo United will battle it out by 12pm, in the last game of the day, Irepodun FC will battle Orolu FC.

Coordinator of the Tournament Oladele Bamiji stated that everything has been put in place to ensure a colourful and exciting Otunba Isiaka Adetunji Adeleke Memorial Football Championship.

HOB as he is popularly called further advised participating teams to play according to the rules of the game, he also called on the players to take advantage of the tournament to develop their talent. .

“The tournament is now even bigger than how it used to be. The initiator Rep Bamidele Salam wants all youths in the State to benefit from the competition.

“Everything is in top gear, we have inspected the venue for the opening games and I must say I am well satisfied with what is on ground.

“We look forward to a great tournament and one which we would always remember the gains in years to come.” He concluded.