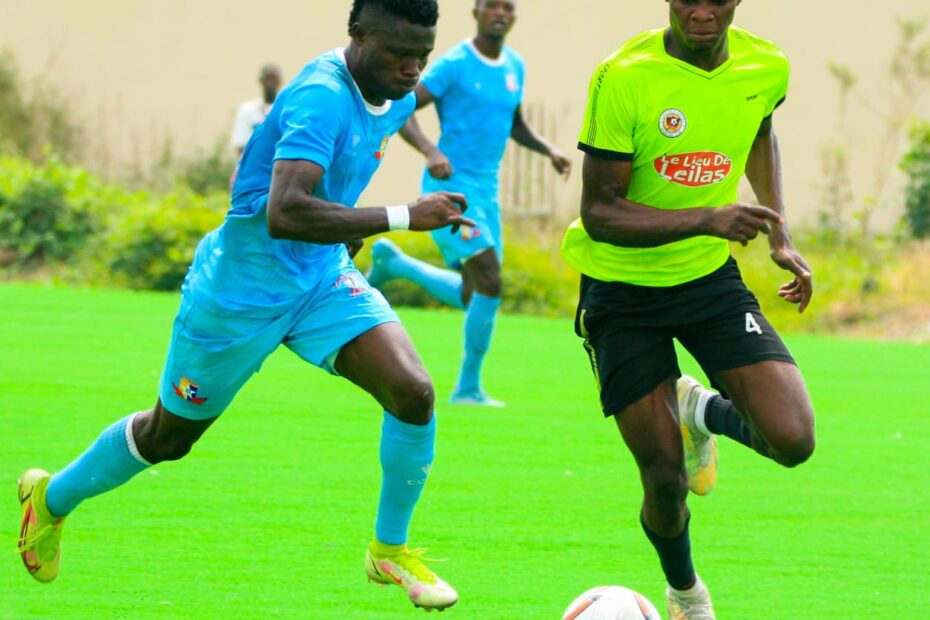 Ajegunle United stunned NPFL side Remo Stars 2-1 on Tuesday morning, as the maiden edition of Maracana Soccer Fiesta kicked off at the Maracana Stadium, Ajegunle.

Super Eagles and former Shootings Stars Forward Sunday Faleye was the hero for Ajegunle United as he scored the winning goal in the 60th minute, after Oluwaseun Ogunribide had cancelled out Mandela Itodo’s 14th minute strike for Ajegunle United to hand the non-league side an important win over the Remo based side.

Remo Stars Coach, Yomi Elijah attributed their loss to the fact that nine of their regulars are out injured and recuperating ahead of the new NPFL season, but assured that the team will do better in their next game.

An elated Ajegunle United Coach, said that the Remo Stars underated his team and were punished for that.

“I was very confident that we were going to have a good outing. Remo Stars are a very good and experienced side, but they underated us and paid dearly for that,” Adewale Adebayo said.

“”It could have been more, because we lost alot of goalscoring chances. This is one of the areas we need to work on, in our subsequent matches.

“This is a great tournament and I would love to thank the Organisers for bringing such a marvelous idea to the Ajegunle environ.” He concluded.

In the other game of the day, Kwara United played a 1-1 draw with non-league side Eagle Wings FC. A game that was full of thrilling and captivating moments.

Wasiu Mahmud scored in the 53rd minute, before Eagle Wings Forward Efe levelled up late in the game, to give his team a lifeline in their opening game.

The Football Tournament is put together and sponsored by the Local Government Chairman of Ajeromi Ifelodun Local Government, Hon Fatai Adekunle Ayoola, has the Senior Special Adviser on Sports to the Lagos State Government, Mr. Adeboye Adeyinka(Authority) as the Local Organising Committee Chairman is mainly aimed at mobilising and uniting youths together as one, in ensuring the realisation of the APC Candidates Bola Ahmed Tinubu and Babajide Sanwoolu as winners of next year Presidential and Governorship Elections respectively.

Six million naira has been placed for the prize money of the Competition.