Macleans Chinonyerem Dreams Big: “I Want To Win The AWCON With The Super Falcons” 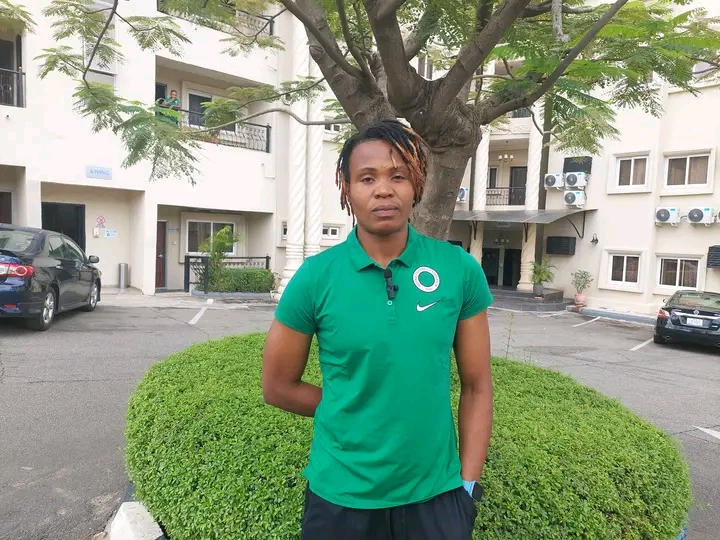 Polish Ekstraliga Top-Scorer Chinonyerem Macleans has admitted that she wants to win the Women’s Africa Cup Of Nations Cup with the Super Falcons Of Nigeria.

The Leczna Of Poland Forward has never played for the Super Falcons at the Women’s AFCON and is really hoping she can get to win it for the first time in her career when the biggest Africa Women’s Tournament Kicks off next month in Morocco.

The young forward is well noted for her height, strong physique, and heading ability. She began her football career with Abia Angels, then moved to Bayelsa Queens, before jetting out to Europe, where she is presently excelling at the Polish Ekstraliga.

“For me, I am grateful for the Invite, I just want to add value by winning and Scoring goals”

“The mood in the camp is very high, everyone is positive about the Nations Cup and we are well focused too.

“I am hopeful, I really want to show Nigerians what I can do at that level. I have never played at the Women’s AFCON before and this could just be the time for me to join the team going to Morocco and win it for the first time. I know the team has a very rich history with the tournament, we have won it nine times already and that is even enough motivation for us to make it ten.” She concluded.

Macleans Chinonyerem is seemingly ready for the challenge and hopes to represent Nigeria in the forthcoming Women’s AFCON in Morocco. The Abia-born forward is presently the highest Goalscorer in the Polish Ekstraliga with 20 goals from 20 matches.