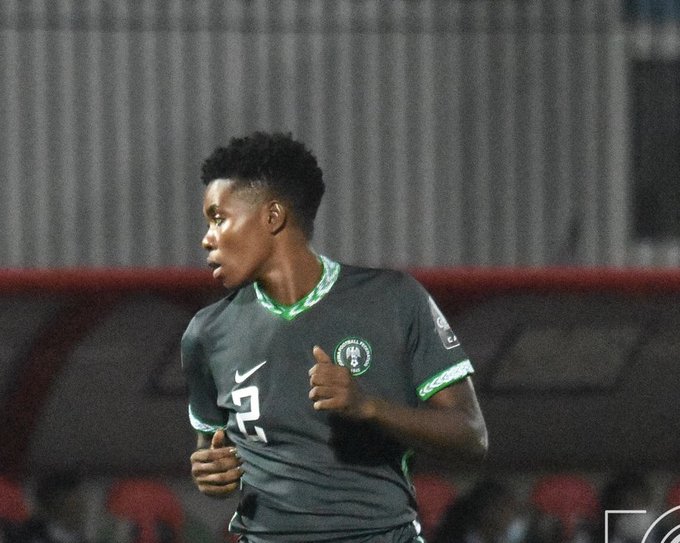 2022 NWFL Premiership player of the season, Gift Monday has outlined some of her plans as the Super Falcons continue their quest for a 10th Women’s Africa Cup Of Nations title in Morocco.

The ‘Incredible Talent’ made her WAFCON debut on Thursday, coming in as a second-half substitute against Botswana and showed some classic glimpses in the encounter, which didn’t go unnoticed by the fans and technical Crew of the Super Falcons…

Gift, who gave a brilliant performance at the NWFL Premiership Super 6 Championship in Benin last month to earn a place in the present Falcons team, spoke to the media after her WAFCON debut promising to put in her best whenever she is called upon to play.

“Coming to Morocco, all I had in mind was to give my best,” She noted.

“I knew I have a role to play, reason I was picked for the tournament. I always try my best whenever I have the chance to play and as a striker, my primary assignment is to score goals and help my teammates too, for us to all succeed.

“The atmosphere in camp is very friendly, lively and encouraging. These and many more gibs us that hope that we would get stronger in each game.

The FC Robo Queens attacker recently got nominated in two categories for the 2022 CAF Awards in Morocco, which will take place next week.

“I wasn’t expecting to get a double nomination. I work so hard in every game I play and for me to get nominated two times shows that a lot of people notice the potential in me, the hard work, and of course the sacrifices made.” She concluded