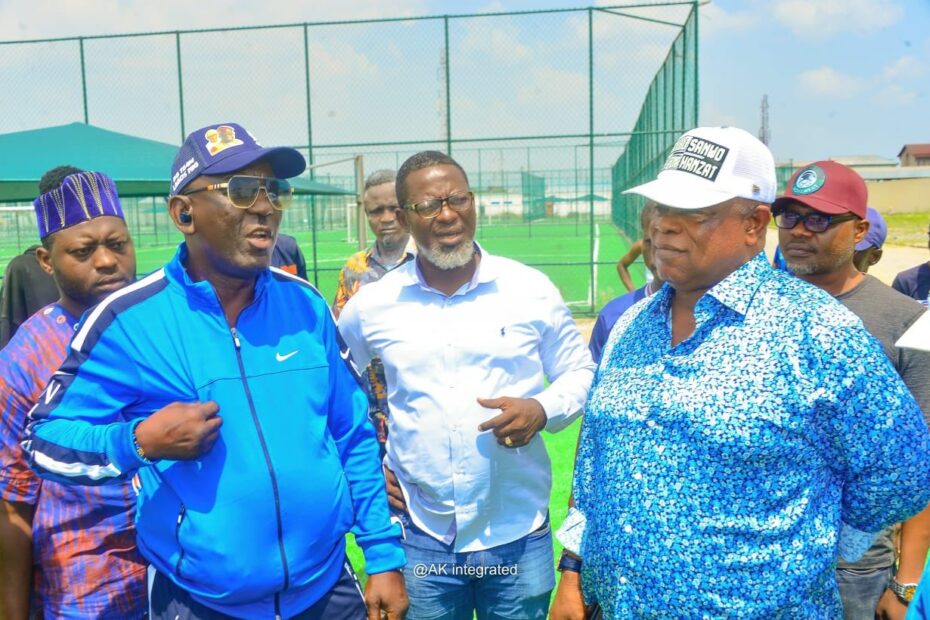 The Football Tournament which is put together by the Local Government Chairman of Ajeromi Ifelodun, Local Government, Honorable, Fatai Adekunle Ayoola, and supported by Senior Special Adviser on Sports, Adeboye Adeyinka, is aimed at mobilising youths to come together as one, to make sure the APC Candidate Bola Tinubu wins the Presidential election come 2023.

The LOC, Chairman, Adeboye Adeyinka, on Wednesday, paid a courtesy visit to the Office of the Ifelodun Chairman, and later to Maracana pitch, venues of the games, said he is heavily impressed with the facilities on ground for one of the biggest Football Tournaments in the country.

“I want to say without any iota of doubts, that, this tournament, will be one of the biggest and most packaged football event that will take place this year” He said.

“As the Chairman of the LOC and with the wealth of experience I have gathered over the years, everyone, should watch out for a great tournament in December” He added.

“We all know the youths, are the bedrock of every nation, that is why, we are mobilising the youths, through football for the coming elections and by the grace of God, we will achieve success at the end of the day” He concluded.

The Event which will mobilize over ten thousand youths, will kickoff, December 6th at the maracana pitch in Ajegunle, Lagos state.