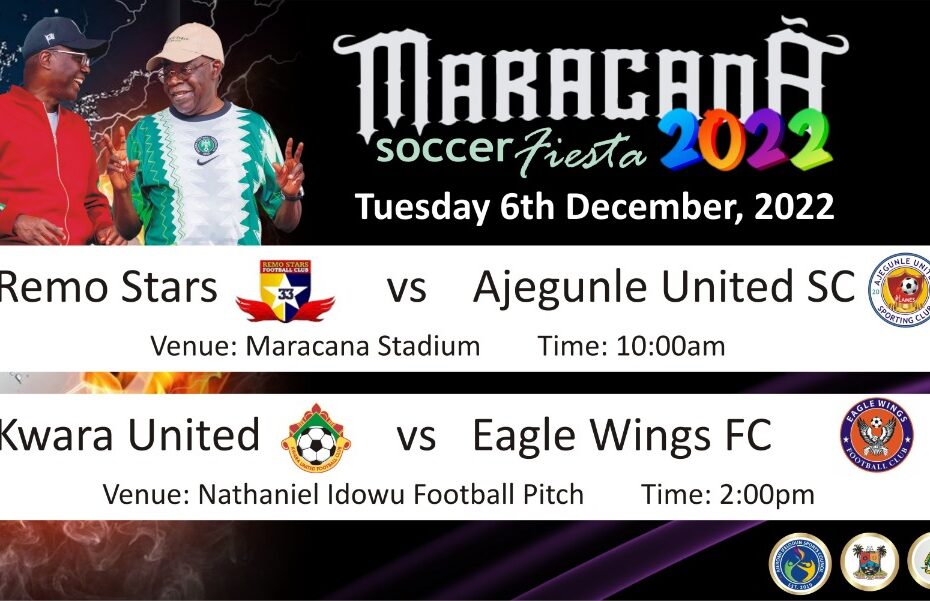 The first edition of the Maracana Soccer Fiesta will get underway on Tuesday, as two games have been lined up for the opening day of the Competition.

The Football Tournament is put together and sponsored by the Local Government Chairman of Ajeromi Ifelodun Local Government, Hon Fatai Adekunle Ayoola, has the Senior Special Adviser on Sports to the Lagos State Government, Mr. Adeboye Adeyinka(Authority) as the Local Organising Committee Chairman is mainly aimed at mobilising and uniting youths together as one, in ensuring the realisation of the APC Candidates Bola Ahmed Tinubu and Babajide Sanwoolu as winners of next year Presidential and Governorship Elections respectively.

The first game of the day, Remo Stars versus Ajegunle United SC will kick off by 10am at the Maracana Stadium, while Kwara United and Eagles Wings FC will battle it out by 2pm at the Nathaniel Idowu Football pitch.

Six million naira has been placed for the prize money of the Competition. The Competition will end on the 9th of December 2022.