Missing Out Of The AWCON, World Cup, Unthinkable For The Super Falcons – Justin Madugu 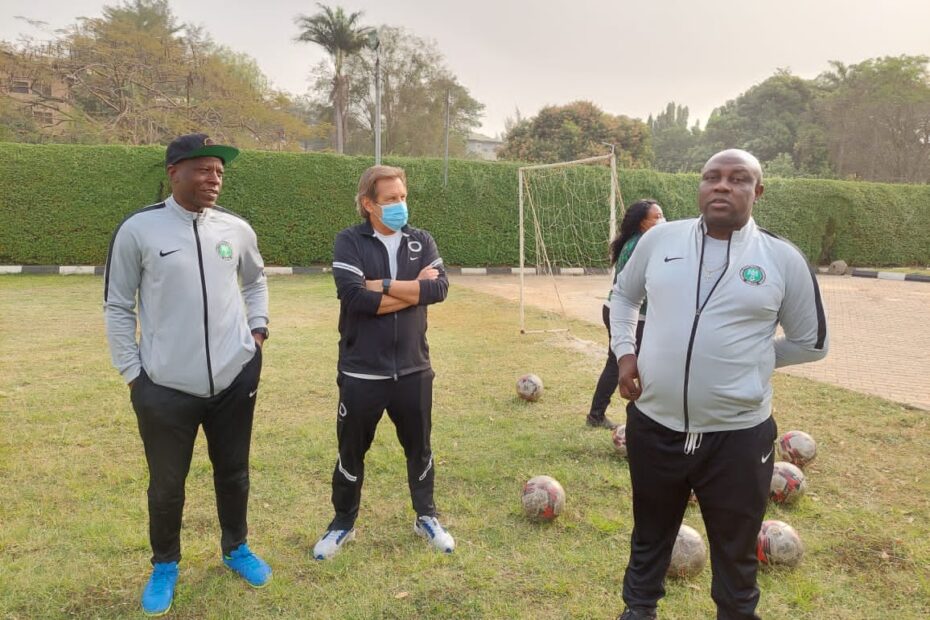 Super Falcons First Assistant Coach, Justin Madugu has accented that it will be unthinkable for the Super Falcons to miss out of qualification for the upcoming African Women Cup of Nations (AWCON) in Morocco later this year.

Madugu, who was recently appointed by the NFF to help tinker the squad alongside Head Coach, Randy Waldrum and Ann Chiejine believes strongly that the Super Falcons will make Nigerian proud, by going past Cote’voire in the last round of qualifiers for the AWCON.

“The Lady Elephants engagement is a huge challenge for us”, Madugu Said.

“Despite the rapid progress of other African teams, Nigeria still remains a household name as it is unthinkable for the Super Falcons to miss AWCON hereby also eliminating the opportunity to fight for a slot for the World Cup”.

On his expectations as a coach, Madugu insists that qualification is non-negotiable.

“Globally the Falcons has been consistent and we must exhibit our strong character in maintaing our status in Africa and the World.

“We all understand what is at stake and hopefully our players will replicate their forms in their various clubs in the national teams”.

On the constant reminder that it was the same lady elephants that cut short the dreams of the falcons from representing Africa in the last concluded Tokyo Olympics games.

“Circumstances were different then and most importantly our greatest motivation now is that we ensure that they are defeated and feel what we felt when the falcons were eliminated from the Olympics race”.

Africa’ nine time champions the Super Falcons are due to take on the lady Elephants of Ivory coast in a must win games on the 18th of febuary at the newly renovated MKO Abiola Stadium Abuja with the return leg on the 23rd at the Stade Robert Champroux Abidjan.