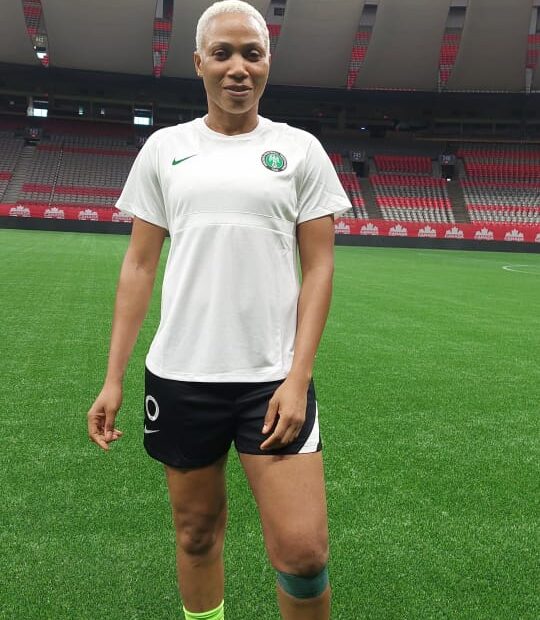 The Super Falcons of Nigeria have been billed to play against the Bayana Bayana of South Africa in the Group C opener for the second time in four years.

The two heavyweights met twice at the 2018 Edition of Women’s Africa Cup Of Nations in Ghana, where the Bayana Bayana beat their Nigerian counterpart in the opener, before the Super Falcons got better of in the final game to win their 9th WAFCON title.

Onome Ebi, Super Falcons Captain, who is appearing in her 7th Women’s Africa Cup Of Nations Championship agrees that meeting one of their toughest opponents in the opener, will prepare and motivate them ahead of their main target, which is winning another WAFCON title to make it ten.

“We are meeting the South Africans in our opening game for the second time in four years. They are a good side and have shown alot of promises recently,” She said.

“It’s not going to be an easy game, because no team is a pushover, but the game will give us more strength, because it’s just like playing the final in the first game.”

“We would out in our best, and hopefully start off strongly as the game is enough motivation for us to remain strong all through the tournament.” She Concluded.

The Bayana Bayana won the Super Falcons 1-0 in the opener of the WAFCON in 2018, before losing to the Nigerian team in the final of the same tournament.