Morocco 2022: It Was Not What I Meant; Waldrum Clarifies Statement 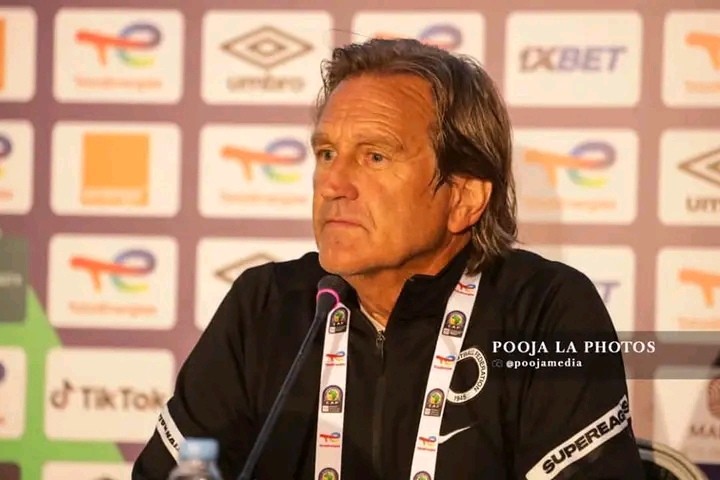 Head Coach of Super Falcons, Randy Waldrum has apologized for his statement at Thursday’s post-match conference at which he dropped an unsavoury comment about the Nigeria media.

The gaffer had mentioned something about the Nigeria media being ‘negative’ but the Nigeria Football Federation had immediately called him to order, saying the statement was uncomplimentary against an institution that is the most vibrant on the African continent, in terms of structure and performance.

“The comments are regrettable and I withdraw them in entirety. Actually, I will say the statement did not come out the way I intended. I hold the media everywhere, including Nigeria, in high regard and I only wish they could be a little more empathetic to us when we lose or draw matches.

“I know Nigerians love their football teams and want the teams to win all the time. They can still be supportive while criticizing us in a constructive way. The truth is that I am keen that nothing distracts the team at this point. I apologize for the way it has come out and the fact that I have hurt a critical sector of Nigerian society.”

Waldrum insisted that despite earning only three points from two matches, the Super Falcons are not in any way disoriented and still have the FIFA World Cup ticket and retaining the continental trophy as principal objectives at the tournament in Morocco.

“We know what the Women Africa Cup means to Nigerians and we remain fully focused despite the opening-day setback. We are determined not only to win a ticket to the FIFA World Cup but also to retain the trophy that Nigeria has won nine times previously.”

The Super Falcons will take on group whipping lots Burundi in Rabat on Sunday, with the minimum win to guarantee a place in the championship’s quarter-finals.