Naija Football : One on One with Shola Akinlade ; CEO of Paystack who is ready to Stack Resources in Making Sporting Lagos A Legacy 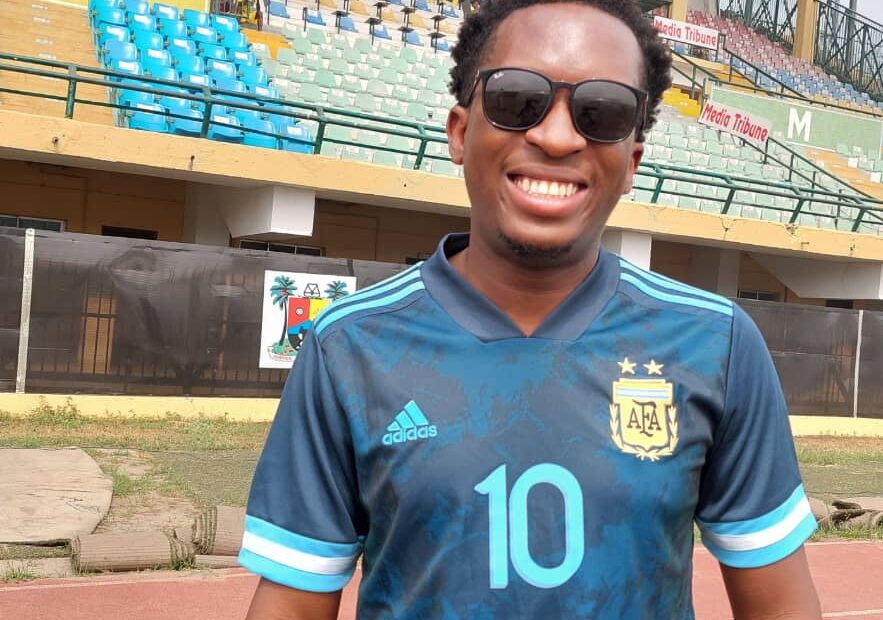 ” What we are trying to do at Sporting Lagos is going to last for many years to come.
This is just the beginning’ – this was the exact opening speech of Shola Akinlade the brain behind the Newest NNL Club in lagos while speaking exclusively to tobexmedia.com.

Shola who was in a very relaxed mood , grining to show his excitement and approval to what he was witnessing at the Teslim Balogun Stadium while watching Sporting Lagos was surprised when asked about the bold step taken by starting from the NNL
” It is very good to be ambitious, we have been working at this project for a long time, we thought starting from the NNL is taking baby steps”.

Tobexmedia.com also got to know that Shola’ project is not going to be limited to the NNL side alone.
” In the nearest future, we hope to delve into age grade Teams and women football ” He explained that he wants to get more involved in the community.
” I was born , grew up in Lagos and would want to make huge impact in Lagos”.

When tobexmedia.com asked if he had the shock absorber and was ready for the high risk involved in club funding as a private investor in Nigeria
” I am just getting started but in the nearest future we would embrace founding members to stir the club in the right direction.
We are thankful for an experienced Club Chairman in the person of Godwin Enakhena who made sure we got the right technical crew and other things needed as a young club to contest in the league “.

Sporting Lagos has brought the real meaning of match day experience to the Football loving fans of Lagos with her different innovations and creativity during their home games, Sport/Entertainment and the freedom of allowing fans to have a sense of belonging is a major style of the club.
The club is handled by an experienced Former FC Ifeanyi Ubah coach Uche Okagbue and in spite of the little time in assembling the team , the club is competing favourably in the second tier league of Nigerian Football.

The 38 year old Akinlade is the CEO of Paystack – ” A payment company that processes payment for all the airlines in Nigeria and E – Commerce , I have been doing this business for the last Six years” he exclusively told tobexmedia.com.