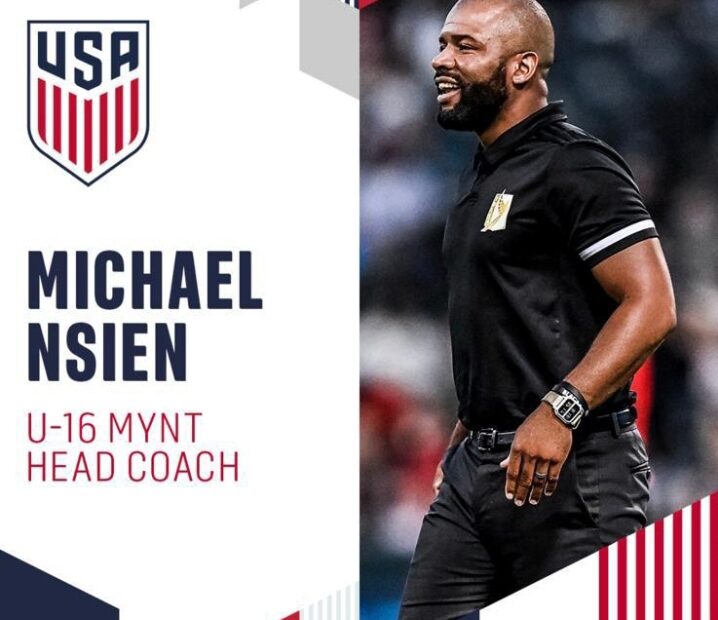 The U.S Soccer has appointed Michael Nsien as the new Head Coach of the U.S U-16 Men’s National Team.

The talented Tactician oversaw successful progression of the side, taking them to successive USL Championship season Playoffs for the first time in the team’s history.

“I’m very excited for the opportunity to take over the U-16 Men’s National Team,” said Nsien

“It’s an honor as a first generation Nigerian-American to be a part of U.S. Soccer, working with the best players in the country at their age group and learning with them everyday.

“Players of the U-16 Men National Team are at a critical point in their careers. I’m excited to help them reach new heights as we prepare them for international competition.”

“I am indeed looking forward to working with the highly qualified professionals and talented young players, who are proud to represent the USA with excellence on the field.” He Concluded.

Michael Nsien was born in Tulsa Oklahoma to a Nigerian father and an African American Mother and has been involved in youth football both in Nigeria and in the United States.