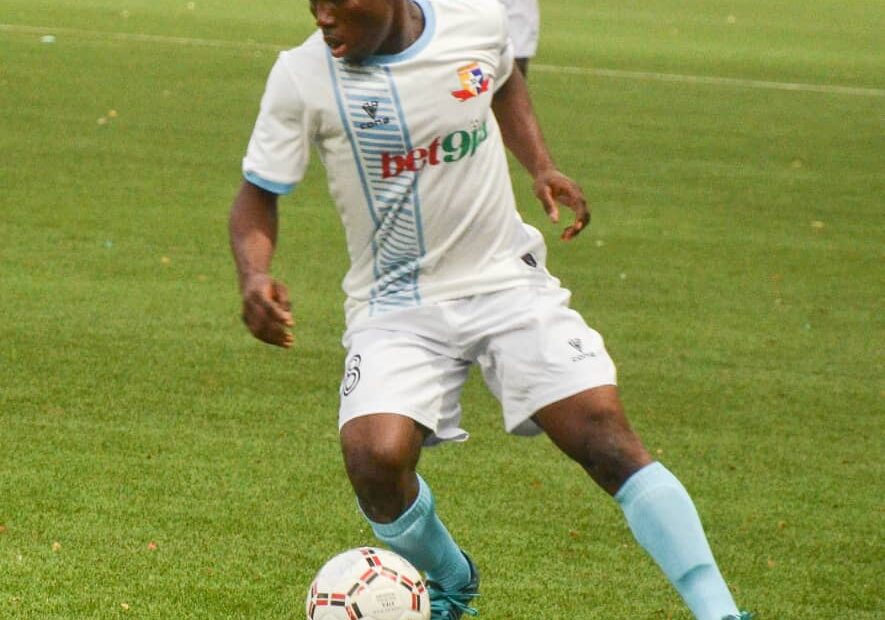 Man of the Match, Akanni Qudus has said he is excited to have scored his first league goal in the NPFL against Mountain of Fire and Miracles Ministry at the Mobolaji Johnson Arena in the opening fixture.

Akanni Qudus put the Sky Blue Stars ahead in the fifty-fifth minute after he connected well to Ifeanyi Ojukwu’s pass, he took with precision and it ball went into the back of the net.

Speaking with RSFC Media, Akanni Qudus says it felt so good because that was his first game in the league.

“I feel excited to have scored my first goal in the NPFL because it wasn’t easy to have won the heart of the head coach in previous preseason games.”

“I give God Almighty the glory, I will continue to work hard and ensure I don’t have a drop in form this season but I want to give my best and also help them with our set target this season.”

“We will return home, prepare for out next couple of games if we want to stay in the NPFL the season, if won’t be easy, but we will try our best in all games.” Akanni Qudus.