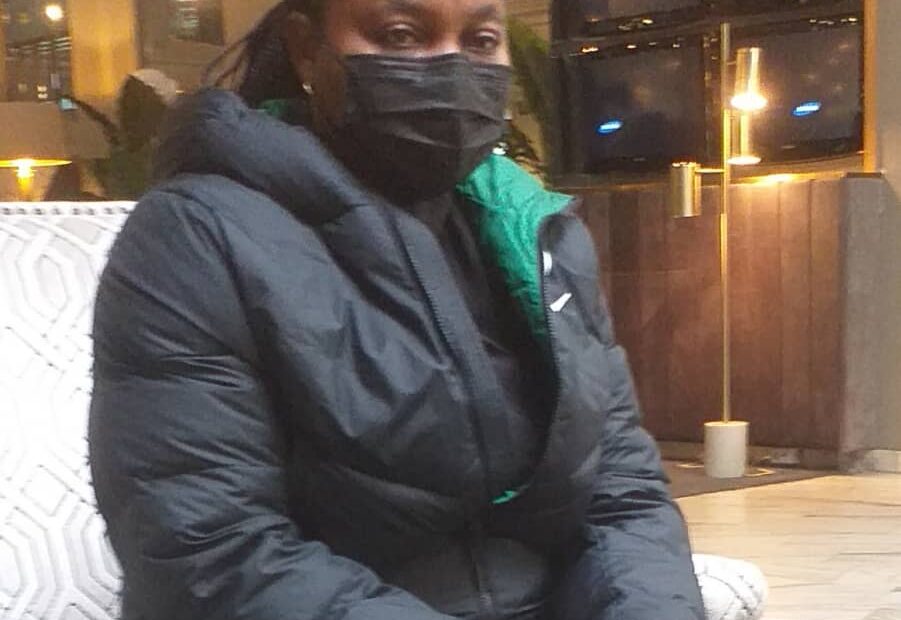 Edo Queens FC started the NWFL new year week four game on a good note today at the Samuel Ogbemudia Stadium Benin-City, as
Yemisi Samuel’s first-half strike and Akudo Ogbonna’s second-half kick from the penalty spot was all Edo Queens needed to see off a stubborn side in Nasarawa Amazons in a game the host dominated from the blast of the whistle till the end .

It was the first home match for the Obaseki Girls in the new year and the girls from Lafia didn’t believe what they saw. They were shocked by Yemisi Samuel and Akudo’s stunner.

Edo Queens took the bull by the horns from kick-off as they outrun their opponents on the field with all confidence as they knock the ball around with urgency and accuracy to keep their opponents at bay.

Thorn in the flesh of the visitors Rebecca Ajimuda, who made some fantastic moves in the first half as well creating chances scorable with her terrific left foot. The bulky forward had a chance at goal on the 17th minute, but for a brilliant save from Amazons’ goalkeeper, Chukwu Uchenna, she was denied of a goal that could be in contention for goal of the season.

Edo Queens continued to create chances, but anxiety affected them in converting beautiful chances they worked hard to get. Rebecca Ajimuda from a promising angle on the 43rd minute decided to lay the ball down for her teammate, Chioma Oliseh who was on an island of her own to score, but the forward, despite taking away her marker hit a goal with a very weak attempt that Uchenna grabbed with ease.

In the nick of halftime, Ajimuda Rebecca found space on the left flank of the Solid Babes and released a thunderous shot from 22 yards away from goal, the ball zoomed with power, but the woodwork denied her another fantastic attempt as the centre referee called the first half to an end.

Nassarawa Amazons restarted the second half with two substitutions, former Edo Queens forward, Temitope Owoeye and Isah Sikiratu were thrown into the fray by the coach as Tarnum Dooshima and Joseph Ogechi went out for an early shower. The substitutions breathed into the away team as they ran at Edo Queens for the first 5 minutes of the second half, but for the disciplined Omowumi Oshobukola, Akudo Ogbonna and Sunday Blessing, they were able to halter all attacks pushed at them by the opponents.

From a counter-attack, Edo Queens got a penalty after a foul on Chioma Oliseh in box 18. Akudo Ogbonna stepped up and like she did against Confluence Queens, she made no mistake in putting it at the back of the net to extend her team’s lead.

The Lafia Babes would see their efforts capped a few minutes later after Idoko Mercy from a good position found a cross from the right flank and wasted no time in heading past Nkiruka into the net to pull one back for her side.

Like wounded lionesses, Edo Queens took control of the game from the moment with attacks in quick succession as Yemisi Samuel and Ajimuda Rebecca kept on tormenting the tired away team, but chances were not converted. The game continued to wear on with Coach Nasarawa Amazons making his third substitution with the hope of getting the equaliser; both teams kept struggling to clinically finish their created chances.

Yemisi Samuel once again had another fine run on the right flank of her team, released a dangerous cross Into the box but Nasarawa Amazons cleared. Just then, coach Wemimo threw Efe Osakpolor in for Onyebuchi Goodness on the 77th minute to shove her defence.

The Edo Queens coach made another substitution on the 89th minute of the game, this time, tormentor in chief for the home team, Ajimuda Rebecca exit the pitch for another tricky forward, Yetunde Fajobi on the 89th minute as the fourth official raised the minute board for 4 minutes added time which was played with all attacks by both side with no goal to end the game 2-1 in favour of Edo Queens.

With this result, the Obaseki girls are back on top of the Group A table with 8 points, one more than both Confluence Queens who lost by a lone goal to Adamawa Queens in the earlier scheduled game and Naija Ratels FC who are on bye.

Up next is a trip to Calabar next Wednesday to face Pelican Stars who lost to Osun Babes by two goals to nil.

Edo Queens coach, Wemimo Mathew after the game said: I feel happy about it because that’s what I desired and I was able to get it.

“Just like we have been doing it, we played the first, we got three points, in the second we got one point; this time around, we are going there to put in our best and make sure we come back with a favourable result.”

Elsewhere, Abia Angels fc were welcomed to porthacourt by the NWFL champions Rivers Angels fc to the University of porthacourt mini stadium with a 4 goals thriller when Maryann Ezenagu with a brace, Celine Ottah and substitute Chiamaka Nwachukwu goals made sure the visiting Abia Angels fc didn’t go home with 3 points.

Abia Angels fc also had opportunities to reduce the scoreline but poor finishing was just the bane of the youthful Abia Angels team couple of chances came across players like Ekatte George, Nmesoma IBEH and Deborah KEHINDE but could not hit target.

While speaking after the match the Head coach of Abia Angels fc Ann Chiejine spoke about the performance of her team, ” My team lost to a very good side equally the best in the NWFL but my team been young players and still trying to gel as a team I give them thumps up for showing zeal and confidence to fight it out in the pitch also we are trying to reorganize the team after the appointment of a new club chairman so after 3 games we will get better with subsequent games.”

Abia Angels fc will confront Bayelsa Queens in the NWFL week 4 games next week and are tied on same point (1 point) with Royal Queens who are laying at the bottom of the Group B log.