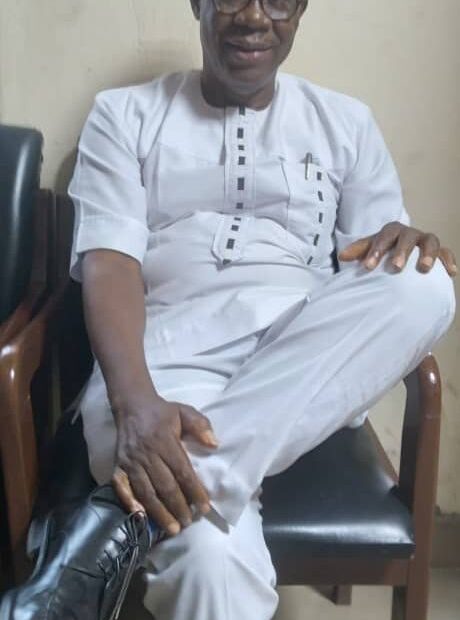 Bayelsa Queens lifted the biggest domestic Women Football League Competition, in Africa, the NWFL Premiership Super 6, which came to an end on Sunday and it was indeed amazing.

With some early upsets, some great goals, some fabulous saves, some wonderful moments and some breathtaking football, this NWFL Premiership Super 6 had it all. Edo 2022 has to be one of the best, if not the best Super 6 Championship ever.

Mr. Musa Ebomhiana, Chief Press Secretary to the Edo State Deputy Governor, Comrade Phillip Shuaib said the Government of Edo State believes so much in the power of sports, and see it as a tool to enhance and further give the youths a positive life to live.

Ebomhiana, a veteran journalist and a pioneer News Editor of the Sun Newspaper made this statement on the heels of a very successful NWFL Premiership Super 6 Championship, hosted by the Edo State Government.

‘Edo State is well known to be a sports friendly state, even back in the days of Bendel State. We are proud to have successfully staged the NWFL Premiership Super 6.

‘Sports has the unique power to bring people of diverse backgrounds together, especially the youths and it also conveys positive messages.’ He noted.

As a State, we have been able to use Sports to mobilize and empower young women and girls who typically are more likely to be discouraged from going into sports and rather into other vices. This is one of the many reasons, the Edo State Government has invested heavily in sporting facilities and recently hosted the National Sports Festival, the Nigeria Women U-17 and U20 teams and most recently the biggest and best NWFL Premiership Super 6 Championship.” He concluded.

‘Nearly all feedback that we received shows that the Championship was a real success. The hardwork the NWFL, Edo State Government and other sponsors put in place didn’t go unnoticed.

“Most importantly our people here in Edo State (Benin) demonstrated who we are and what we represent as a people – open, friendly and hospitable.

‘The overall management of the tournament was fantastic and i have to praise every individual and stakeholders involved in the success. We all share the glory. ” She Concluded.

The 2022 NWFL Premiership Super 6 came to a close on Sunday with Bayelsa Queens beating Nasarawa 2-1 at the Samuel Ogbemudia Stadium, Benin to lift the coveted prize.