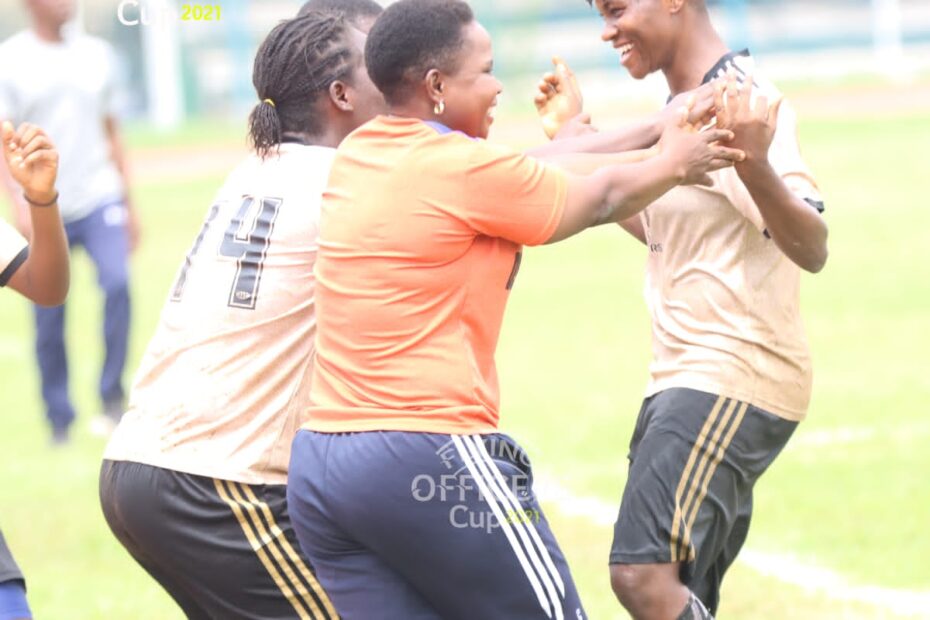 Osun Babes Midfielder Bolaji Olamide has told the Flying Officers Cup Media that she only has her sight on winning the Pre-season Championship after her team progressed to the Semi-finals on Monday afternoon..

Bolaji, who was voted ‘Player of the match’ after a superlative performance in their 2-0 win over young and determined side Royal Queens, said she looks forward to her team getting to the finals and winning the competition.

“Our game against Royal Queens was a very difficult one, we had alot of opportunities, but failed to take them. They were all over us at a time, putting pressure and aiming to score. Am happy I could help my team’ get to the Semi-finals and hopefully we would be in the finals.

“I am hopeful and with the squad we have, we can go all the way to do something special. I am optimistic, so is my teammates and everyone in the team.

Osun Babes are participating at their first Flying Officers Cup Pre-season Championship and would be playing their Semi-final game on Friday.

The team won their first game against Prince Kazeem Eletu Queens by 2-1, played a 1-1 draw against FC Robo Queens and their last group game against Bayelsa Queens ended goalless.