Pre Super 6 : The NWFL Premiership will be Super big ; Onome Ebi delighted with the drastic change then and now 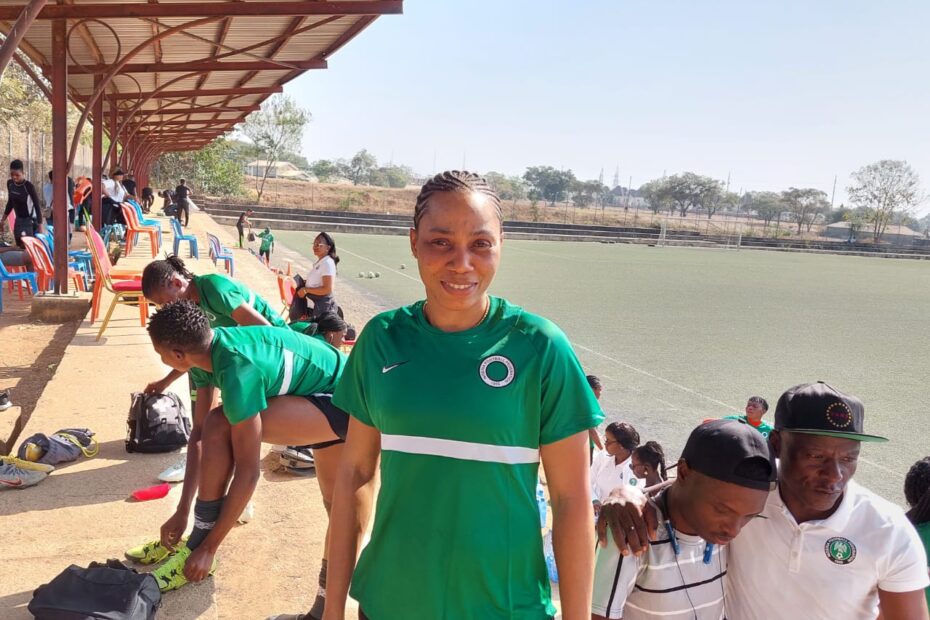 The Captain of the Super Falcons of Nigeria Onome Ebi is so excited with the vast improvement in the NWFL Premiership .

She was full of praise for the Aisha Falode led board and the timely support by the President of the Nigeria Football Federation Mr Pinnick Amaju.

” I am proud of Ms Aisha Falode, the president of the Nigeria Football Federation for all the support rendered to the Nigerian Women domestic league”

She exclusively told tobexmedia.com that the positive changes in the league then and now can not be overlooked.
” Ms Aisha Falode has taken some deliberate steps in making sure that there is hope for the Girl child as far as Football is concerned.
There has been a drastic positive change in the league compared to when I was still playing in Nigeria”

Onome Ebi also barred her mind on achievable expectations of the league with the professionalism she sees in the board.
” In the next Five years the NWFL Premiership will be super big , I am so surprised with the utmost transformation of the oldest league in Africa “.

The NWFL Premiership for the first time recently nicked an official sponsor for the 2022 Super 6 taking place in Benin.
The 3 topmost teams from the 2 groups of the Premiership league will slug it out for a spot in the continent.