The Restoration of Women Football tournaments excites me – Nkiru Okosieme 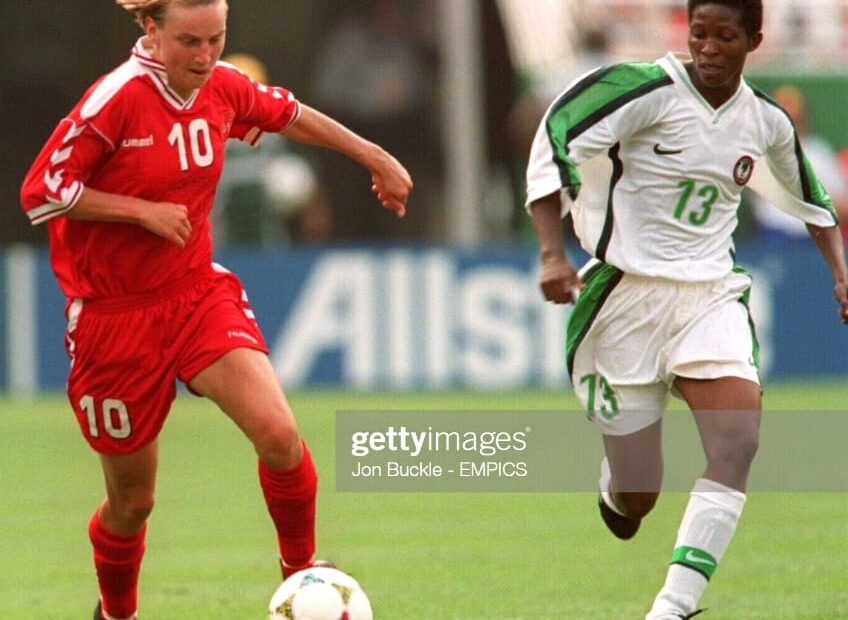 Four times Super Falcons World Cup player Nkiru Okosieme could not hide her excitement at the restoration of women football tournaments all over the country like it was in the past during her time.
She made this known during her closing remarks at the draws of the maiden edition of the Betsy Obaseki women football Tournament in Benin City held at the Government House.

” I am excited that Women Football tournaments are springing up every where because there had been a dearth of competitions for some years now.
I am happy that the reverse is the case now”. She stated.

She charged the players to give their best , sustain the passion and be committed in their chosen profession.
Nkiru Okosieme is among the Super Falcons Golden set of 1999 whose 3 goals helped the team qualify for the quarter final and were recently honoured by the Nigeria Football Federation during the Aiteo Awards for their historic feat of getting to the quarter final stage of the FIFA World Cup in the United States of America.

Nkiru Okosieme and Okuwa Igunbor also an ex Falcons player were invited for the draws of the Maiden edition of the Betsy Obaseki Women Football Tournament.