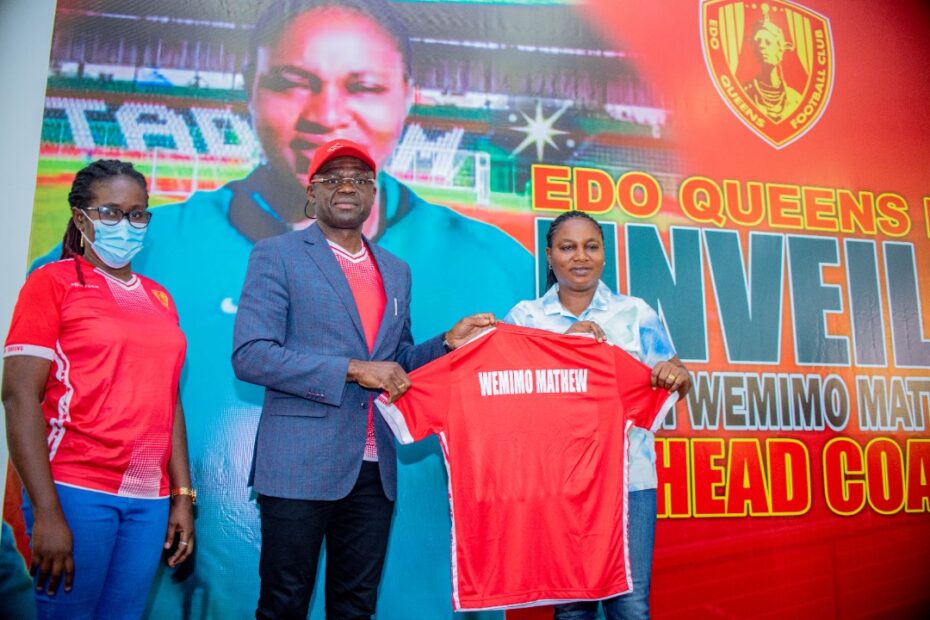 Edo State Deputy Governor, Rt.Hon. Comrade Philip Shaibu has Condoled with Coach of Edo Queens, Matthew Wemimo
over the death of her father.

He described the late Afolabi Oni as a life coach and mentor whose death came at a time when his wise counsel was in great need by the children.

He said the late Oni, has an undeniable presence and influence in the life of his children which has made them to exude an admirable virtue as seen in the life of Coach Wemimo as the handler of a first class female football club in Nigeria.

“Though his demise is painful, his legacies of service, love, and compassion remain indelible as he has impacted the younger generation to continue in his footsteps.”

He urged members of the family to take solace in the fact that we shall meet him again on
the resurrection day to part no more.

The Deputy Governor also prayed that the almighty God grants his family and those mourning the fortitude to bear the loss of this outstanding departed gentleman.