Nigeria-American football games round off qualifiers in LASU 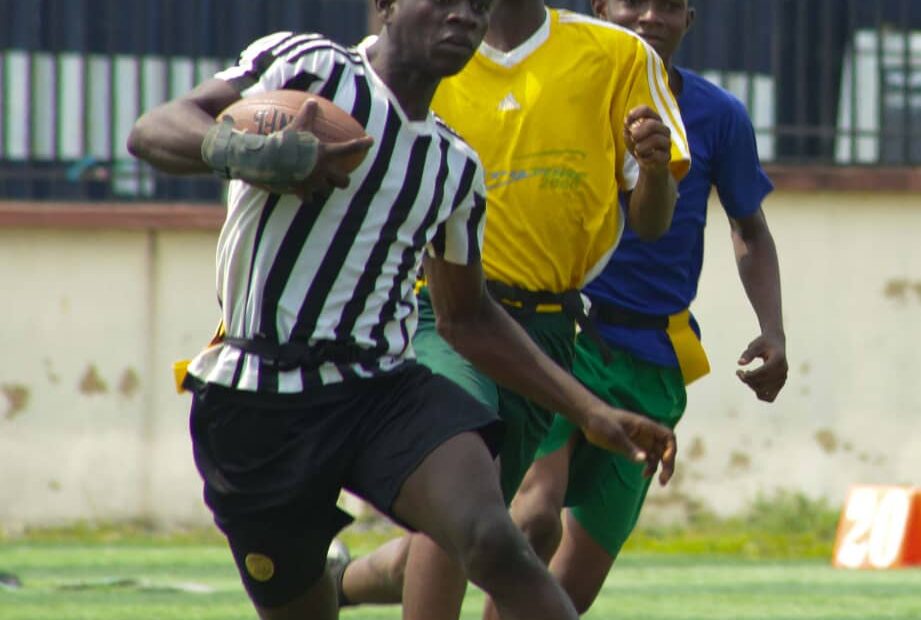 The Nigeria-American football Association in conjunction with the Lagos State Sports commission on Friday, 26 November 2021 concluded the qualifying matches for the 2022 League games, at the Lagos State University Sports complex, Ojo.

The qualifying round which started on Monday 22 November lasted for five days where various Secondary Schools across the State played to secure their qualification for the League games scheduled to kickoff in the first quarter of 2022.

According to Lawrence Ojoade, head of operations, Nigerian American football Association, the plan of the Association is to bring the flag side of the American football to Nigerian secondary schools and have Nigerian Secondary School flag football league start next year. He said the main reason for the qualifiers is to have strong teams competing in the league “To have teams play at a semi-professional level, they need to show some sense of competition and seriousness and that’s the reason for the qualifiers” he said.

Speaking on the benefits of the League, Lawrence stated that the initiative is to use the games get students’ mind diverted from things that can endanger their lives while keeping them responsible in school. He also said the league will avail students scholarships opportunities and will also contribute massively to the Economy of the country. “During the league games, we want to see people all over the world come to watch our kids here in Nigeria and also pick talents from them, it’s a game full of opportunities and we’re focusing on helping Nigerian students get scholarships both locally and internationally, in fact we’ve seen partners within this week that have come in terms of academic partnerships to offer scholarships to the students even at this level of qualifiers, it means that there’s so much opportunities for what we’re about to witness come 2022” Lawrence concluded. Schools like Keke high School, Ikeja Junior and senior Secondary School, Green spring College (both male and female) as well as Okemagba high School from Epe have successfully qualified for the league according to Lawrence.

Ayo Peters, Assistant Chief Officer of Lagos State Sports commission while speaking on the partnership with Nigerian American football Association stated that the advantage of the partnership is all about sports development from the grassroots. In his words he said “Sports development starts from the grassroots not from the top, that is catching them young. So getting students involved to do well in sports is what we tend to gain from this partnership”. Ayo concluded that with what he’s seen so far in the qualifiers, it’s clear that the students are passionate about the game and they will give in their best when the league starts next year.