Thunder Balogun Resurfaces with An NWFL Champoinship Side, Naija Ratels 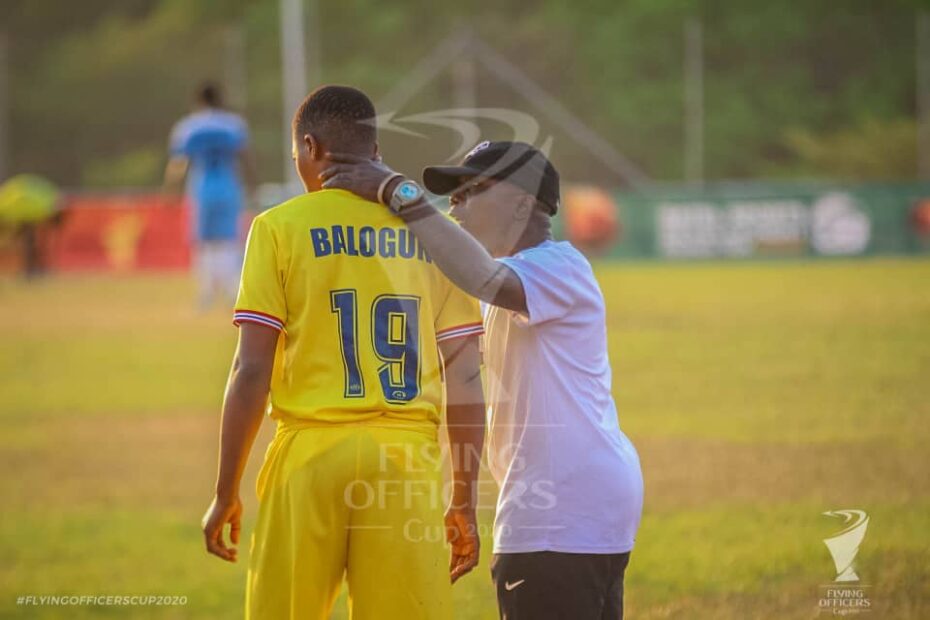 
Thunder Balogun’s Gifted Granddaughter Yetunde’ Who Plays As A Striker For NWFL Championship Side , Naija Ratels.


Naija Ratels forward Yetunde’ Balogun’ is the Granddaughter of legendary Nigerian player Teslim Olawale Balogun’, who was Africa’s first qualified professional coach and was captain of the National team.

He was nicknamed “Thunder” because of his powerful shot and was also known as “Balinga” for a similar reason, some of these qualities his granddaughter also possesses.

At just 15 years old, Yetunde’ Balogun’ is already regarded as a great prospect and one who is termed to be prominent in years to come.

The Naija Ratels striker has shown that she has similar abilities to her grandfather who was known as one of the deadliest strikers the country has ever had, producing a great performance against Rivers Angels, crowning it up with a superb goal in Porthacourt.

“Obviously, I didn’t get to meet my grandpa when he was alive because I wasn’t born yet. He died in 1972 and my dad was also very young when he passed on.

“But of course, i heard a lot of stories about him. He’s also one of my biggest motivation and another reason why I chose to play football.” Yetunde’ told www.thenwfl.com

“All i can say about my grandpa, is that he was a very good footballer and people saw his potential and that was why they named him ‘thunder’ because of his powerful shot on his left leg.

“He played and coached in some countries but most especially in England where he played for Queens Park Rangers and Peterborough. My dad told me alot about him and I am indeed very proud of his achievement.” She stated.

“My dad gives me all the supports needed and he believes so much in my abilities.

The gifted striker also revealed how four time African Footballer of the year and Barcelona star inspired her to dump music for football.

“I was going through some videos on youtube, and i came across Asisat Oshoala video, i clicked on it to see how she plays and all that, i was stunned and amazed the way she played in the video.

“I was so inspired, i went straight to search about her who she is and where she’s coming from everything about her got me motivated then, that was how I knew I wanted to play football and i could be just like her someday.