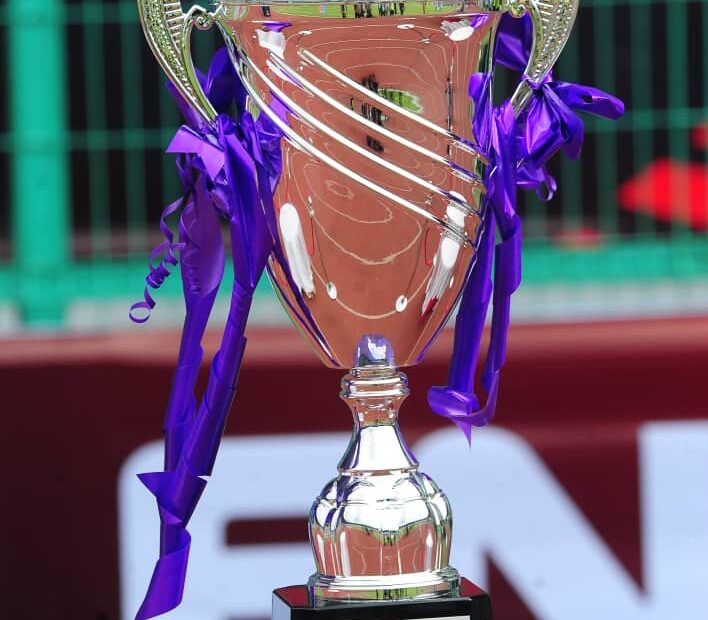 The success of the 2022 NWFL Super Six Tournament held in the ancient city of Benin was the convincing shot needed by the CEO of Tulcan Energy to commend, endorse and extend the company’s relationship with the Nigerian Women football league(NWFL).
The very vivid testimony by Mr Tayo Adiatu clearly shows that Tulcan got value for Money in all ramification as the NWFL were instantly rewarded for her organisation skills and eyes for quality.

One can not but appreciate the meticulous build up from the pre Tournament, Tournament proper and post Tournament approaches of the NWFL.
From the classy Champions trophy that was flown in all the way from the United Kingdom and personally received by the Chairperson of the NWFL Ms Aisha Falode at the Airport, the unveil of the tournament official ball named Ivie , the very colourful Tournament draw and Jersey unveil in an international Hotel at the GRA in Ikeja Lagos to the Prototype World Cup presentation of the trophy and medals on the final day.
The Super Six Tournament is one event that Nigerians will not forget in a hurry.

Without further ado , the confirmation, testament and endorsement by the CEO of Tulcan Resources Mr Tayo Adiati should not be swept under the carpet with his concise and deliberate choice of words recently during a thank you visit by the board of the Nigerian Women Football League in Lagos.
” The quality of branding was second to none at the stadium, the calibre of presentation by the teams , the organisation, stadium, the fans and the media that covered the event were of international standard. It was a wake up call”. Adiati detailed with excitement.

Truly it is indeed a wake up call that would open more doors in the nearest future for the Nigerian Women Football League especially with a board that is ready to give value for money to every potential sponsor.

Ms Aisha Falode is a highly principled and astute Sports Administrator that has stood her ground in making sure that the women’s league is being run professionally without fear or favour in the 3 tiers of the league. The significant strides are constantly being noted and commended by all in the football community.

As the leader of the oldest women’s league in Africa Falode’ goal is to consistently maintain the role of Nigeria as a pace setter in Africa with the best women’s Premiership league, feed the various women national teams in Nigeria with quality players and the world at large.
” There is no room for excemption when applying the rules of the games as regards all the clubs in our league , we strive for excellence in all we do as a board as we look forward to a more improved upcoming season “. She told tobexmedia.com.