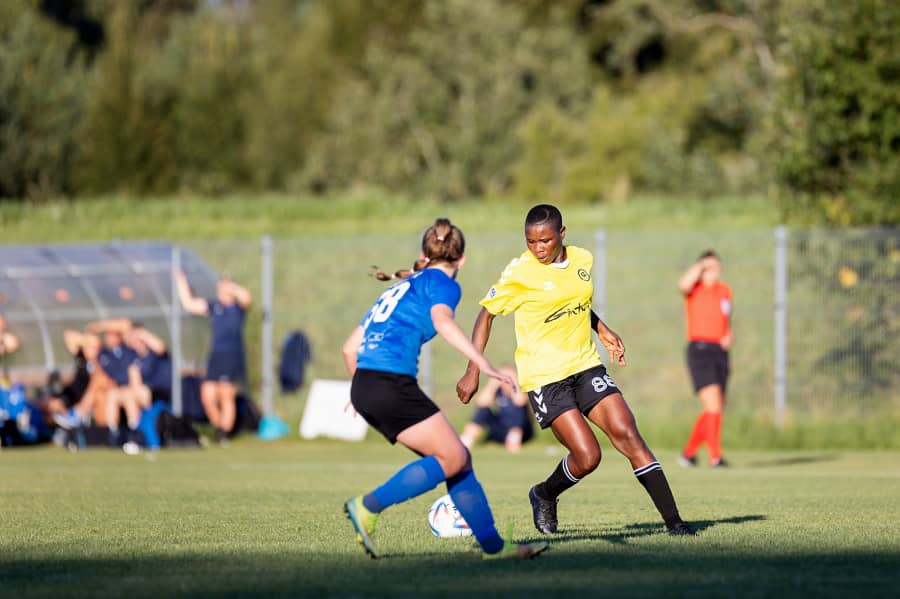 Damilola Koku scored a brace in the Lithuanian Baltic League, as top Club FC Gintra got a big win over Sakusportig.

The Former Rivers Angels Goal Machine opened scoring in the third minute, before doubling her effort with another superb goal in the 47th minute, through an assist from compatriot Vivian Ikechukwu, as the defending Champions went on to beat their opponents 5-1.

Koku constantly looked hungry for more and came close to her hat-trick goal, when she met a cross from the left, but her effort was way too strong and it flew over the bar.

It was a comfortable day at work for FC Gintra, who have won the Lithuanian Women’s League for a record twenty times and seemingly look good to win it for the twenty first time this season.

Both Players Vivian Ikechukwu and Damilola Koku joined the Lithuanian Champions from Rivers Angels last summer and has both recorded positive impact this season.