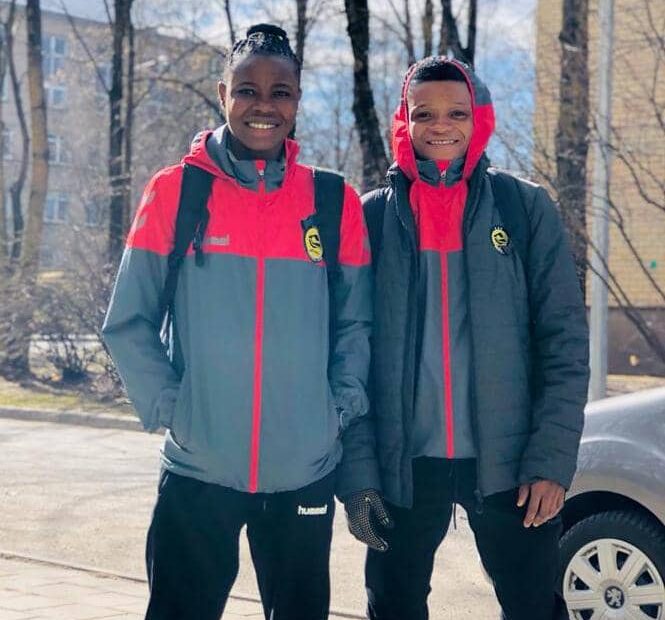 The duo of Vivian Ikechukwu and Damilola Koku had an impressionable game as they both played out full 90 minutes in their debut game in the Lithuania A LYGEA for WFC GINTRA on Sunday. The match ended 2- 1 in favour of the home team.

It was a home match for Gintra as they hosted HEGELMANN.
It took Vivian Ikechukwu just the 23″ to slot in the first goal. Vivian got a pass from Eitvyde Partikaite and wasted no time to travel with the ball into the opponent Box and calmly slotted the ball into the left side of the post before the on rushing Goalkeeper could cause a distraction.

Ikechukwu also had a hand in the second goal as her assist was Heartwarming and perfectly executed.
A long run into the box from the left flank , She expertly shields the ball from the opponent and handled the possession of the ball intelligently before sending the ball across to Samantha Rosette who controls the ball and shoots the ball hard to make sure the ball gets to desired destination for the second goal.

Vivian’ reactions after the match to tobexmedia.com.
“It was my debut and I am glad I was able to announce my arrival with a goal and an assist in the game.
It was the first match of the season and we played against a very good side , I am just glad and happy that We won the game and I contributed my own quota in the team”.

Damilola Koku was happy that she fitted into the game easily and played to instructions as she lasted the entire game.
” It was a tough match and I gave my all even though I didn’t score but I am glad I contributed to the overall success of my team. I hope to make sure that my good performance translate into goals subsequently “.