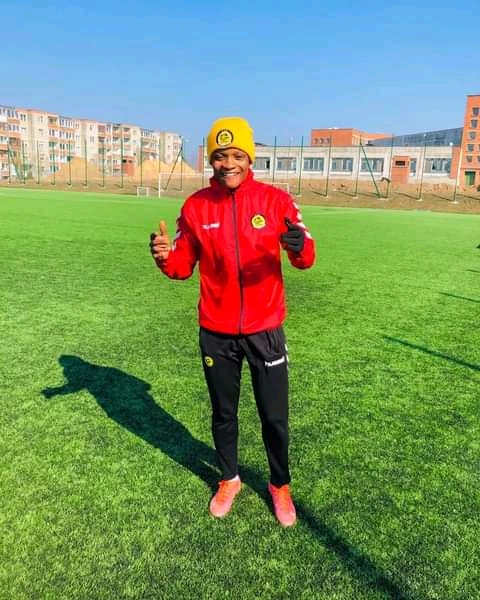 Former Rivers Angels and Super Falcons Forward Vivian Ikechukwu had her first training session with her new club WFC GINTRA on Wednesday , a champions league club and placed in the highest league division in A LYGEA in Lithuania.

” I am excited to have joined one of the best club in the world, a team with rich history and loyal supporters, same feeling I had when I joined Rivers Angels in 2018 because I always go for the best.
It’s the beginning of something bigger and great “.

The forward who came in as a game changer to score two goals for Nigeria against the high flying South Africa during the Aisha Buhari International Invitational Tournament kn September 2021 was quick to add that her involvement with the Super Falcons has robbed off positively in her life both on and off the pitch.

“My experience with the Super Falcons team has been an adventure and has helped me to prepare my mindset to face any challenge and set goals for myself.
The level of talents in the team is something to behold and learn from and these has actually helped me both on and off the pitch”.

The ambitious Vivian Ikechukwu immediate goal is to win the Women African Cup Of Nations with the Super Falcons in Morocco for a record 10th time and make history.