I Want To Be Better Than The Last AWCON – Oshoala 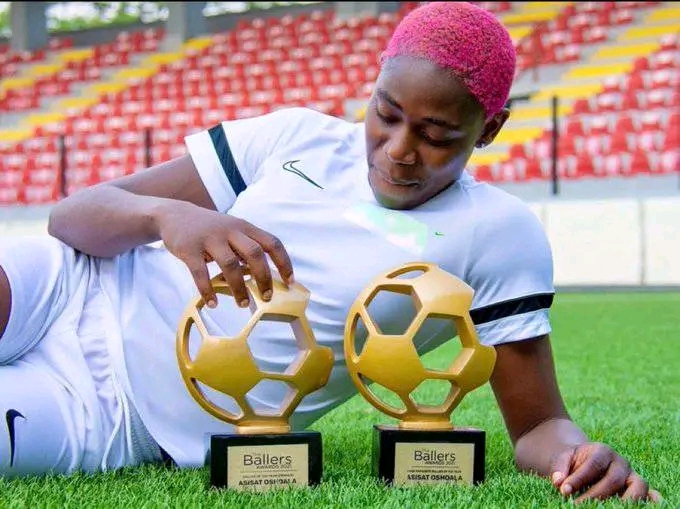 Super Falcons Forward Asisat Oshoala has reiterated her desire to do better in the forthcoming Women’s Africa Cup Of Nations, taking place in Morocco next month.

Oshoala who was instrumental in guiding her Barcelona team to history as the first team in Spanish history to win the league title with a perfect record will be aiming to win her fourth WAFCON title, after claiming it in 2014, 2016, and 2018.

Commenting on the team’s target in a short video, Oshoala said: ”I think the most important thing is to make sure we get the ticket to the World Cup, that’s the primary aim to qualify for the World Cup.

“And then to possibly win the tournament. It’s one of the goals we have going into this tournament as a team.

On her personal goal heading to the WAFCON: “Personally as an individual, I just want to do better than the last tournament.”

The former Rivers Angels Forward became the first African woman to win the highest Goalscorer gong in the Spanish Primera Division since it began in 2011.