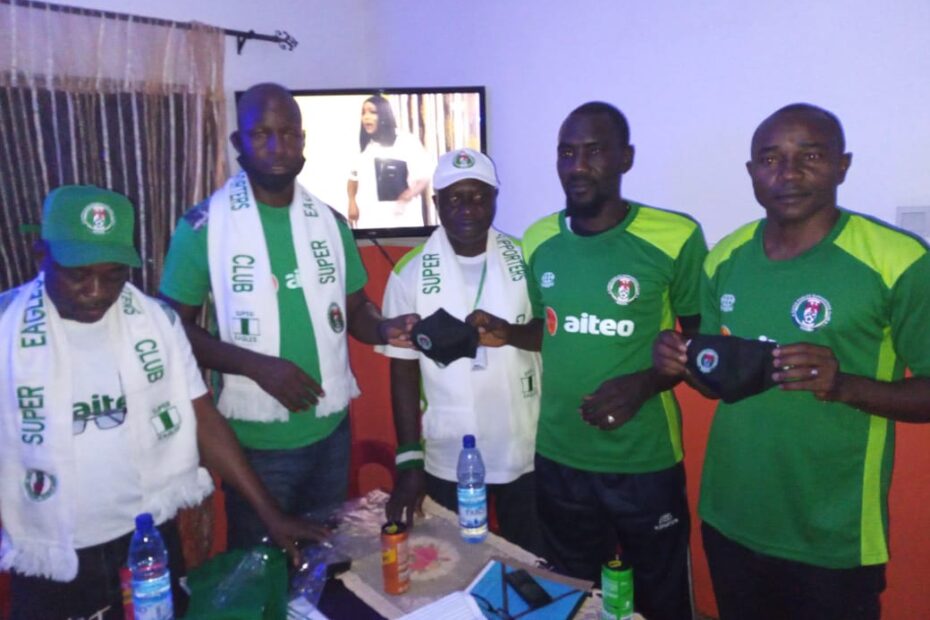 Ahead of the African Cup of Nations which kick-starts on Sunday, 9th January, 2022 in Cameroon, the Super Eagles Supporters Club has inaugurated a new Chapter of SESC in Adamawa State as part of efforts to ensure the club is a global village with the goal of driving more support to our National teams.

President of the Super Eagles Supporters Club, Prince Vincent Okumagba, represented by National Public Relations Officer (PRO) Mr. Olutoye Orishabiyi who was on ground in Yola said the creation of the Adamawa Chapter is to meet the needs of Football enthusiasts who love to channel their energy towards supporting our darling teams but cannot.

“One of our goals has always been to see SESC in every State we go to.

Adamawa State at the moment is the focal point when talking about moving to Cameroon for the African Cup of Nations and since it has been on our agenda, we decided to inaugurate a chapter here before leaving for Garoua.

Over the past few years we have recorded lots of success in our activities as every event, the joy of seeing members come from different States boosts our outing and foster unity amongst us”, he said.

Mr Orishabiyi, added that the creation of the Chapter comes with great responsibility for the Office even as he hints on more chapter creation.

He proceeded to administer the oath of allegiance on the Chairman for the chapter, Mr. Adamu Tuta and his Secretary, Mr Gideon Buba charging them to give their best towards the growth and advancement of the supporters club.

The inauguration of the Adamawa Chapter today brings the total number of SESC Chapters nationwide to 23.