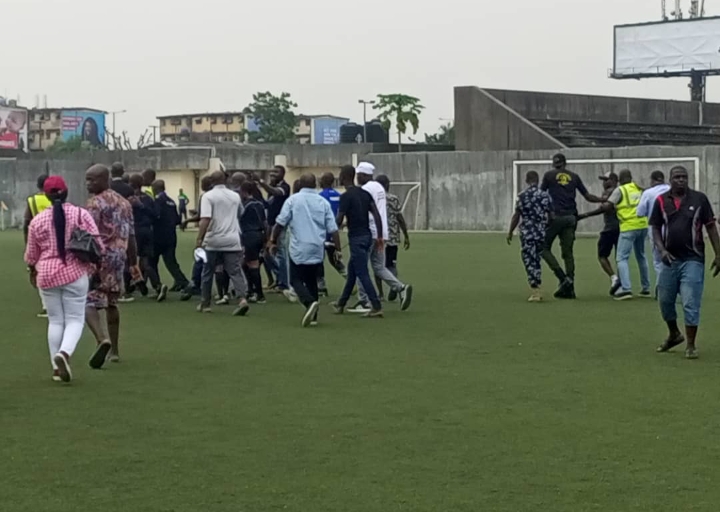 The Nigeria Women Football League Friday slammed a three match banishment away from their traditional home and a fine of N2.5million on NWFL Premiership club, FC Robo Queens Football Club of Lagos.

This was contained in the statement issued by the NWFL Director of Communications, Mr. Dapo Sotuminu, and signed by the Chief Operating Officer of the NWFL, Ms. Modupe Shabi.

According to the statement, the NWFL Chief Operating Officer noted that: “Following the establishment that there was an encroachment, disturbance and harrassment of match officials by the home team fans on the field of play in the Match No: 14 between FC Robo Queens and Delta Queens played on January 19, 2022 at the Legacy Pitch of the National Stadium, Lagos. In line with Article 16.2 of the Regulatory Framework of the Nigeria Women Football League, FC Robo Queens has been fined the sum of Two Million, Five Hundred Thousand Naira (N2,500,000) for violating the following rules :
•Fans’ invasion of the pitch.
• Harrassment and intimidation of match officials.
• Breakdown of security protocol at match venue.

“Also in line with Article 16.1, FC Robo Queens have been banished to the Dipo Dina International Stadium, Ijebu-Ode, Ogun State for next three home matches for the 2021/2022 NWFL Premiership season for bringing the game of football to disrepute.
“We believe the sanction will serve as deterrent to FC Robo Queens and a strong warning to all the NWFL Premiership clubs.”