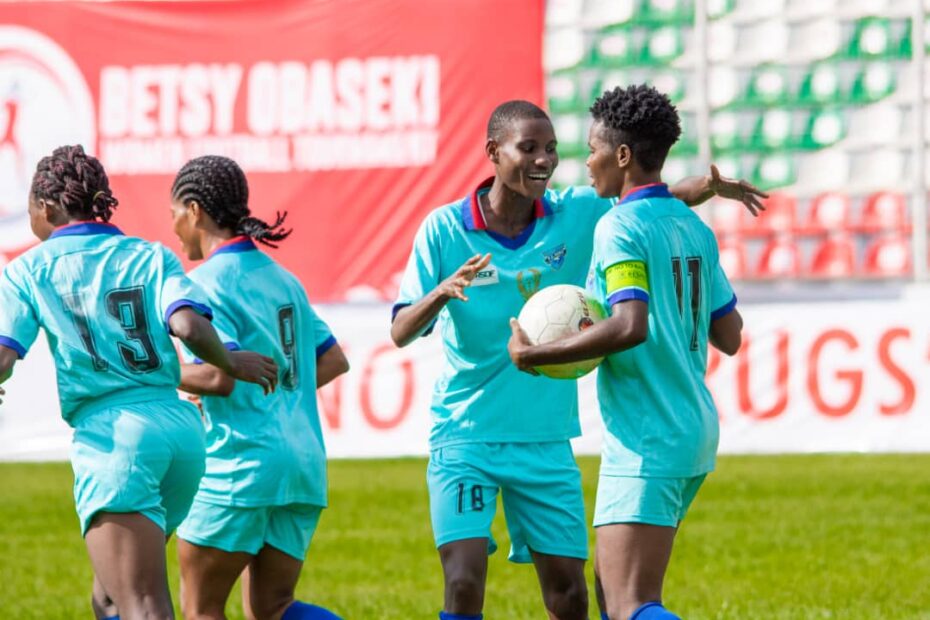 FC Robo Queens saw off Delta Queens 4-1 in the second Semi-final of the 2022 Betsy Obaseki Women Football Tournament to book a date on with Edo Queens on Friday’s final.

Gift Monday opened scoring early on, in the 5th minute, after receiving a low cross from Taiwo Lawal. The ‘Lagos Landladies’ doubled their lead three minutes later, as Fehintola Mabakonje unintentionally got the ball into her own net.

Chinansa Agoh reduced Delta Queens goal deficit after she was slotted in a loose ball in 26th minute.

Taiwo Lawal in the 68th minute scored her 7th goal of the Competition with a beautiful header inside her opponent’s half. The last go of the game was scored by midfielder Rukayat Oladiti in the 81st minute.

In the first Semi-Final of the day, Joy Jerry sealed victory for Edo Queens, as her last penalty shootout ensured the ‘Obaseki Ladies’ got to their first ever final of the Betsy ‘Obaseki Cup.

The pulsating encounter ended goalless, as the Benin based side failed to capitalize on numerous chances in the encounter.

Nasarawa Amazons also had their few goalscoring chances in the game, but their opponent’s defence was good enough to hold on.

The final game between Edo Queens & FC Robo Queens will hold on Friday at the Samuel Ogbemudia Stadium, Benin by 5pm. While the third place match between Nasarawa Amazons & Delta Queens will hold at the Western Boys Football Pitch, Benin by 10am.