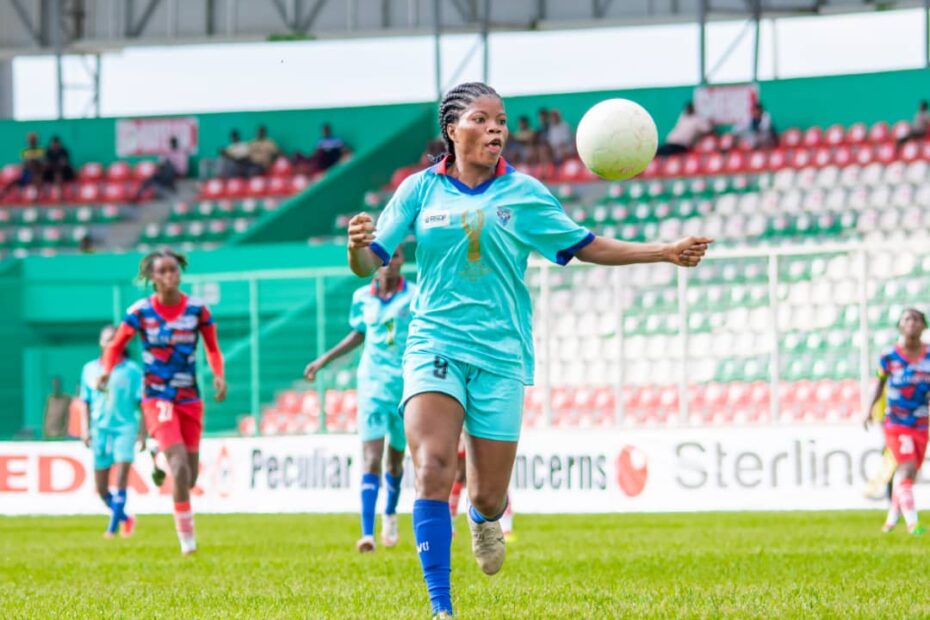 FC Robo Queens forward, Taiwo Lawal has stated that her team’s success is far more important than personal accolades, as she is presently the top goalscorer in the Competition with 7 goals in four games.

The young forward scored one of the goals that led FC Robo Queens to the final of the 2022 Betsy Obaseki Women Football Tournament.

“Winning the golden boots will be special to me, but it is more important for us as a team to end up being champions.

“As a striker, i would love to score more goals and emerge Topscorer in every tournament, but collectively, the team should come first.

“I am confident and looking forward to winning the Betsy Obaseki Women Football Tournament. Edo Queens will have the advantage, because they are playing at home, but we won’t relent. We are going to keep pushing in the game, until we win.

FC Robo Queens will play Edo Queens in the final of the 2022 Betsy Obaseki Women Football Tournament on Friday at the Samuel Ogbemudia Stadium, Benin.