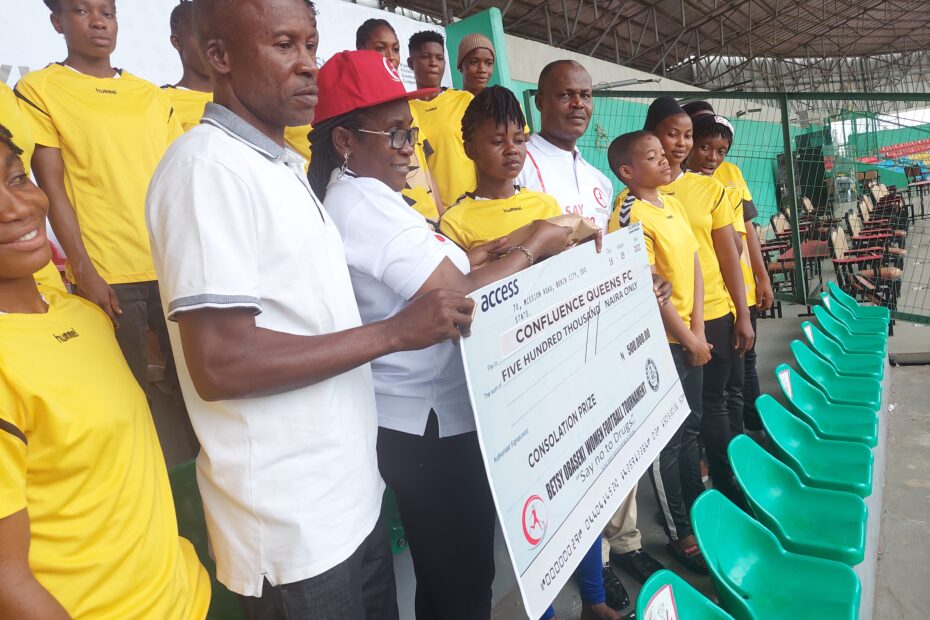 Confluence Queens Head Coach, Liadi Bashiru have noted that his team have nothing to be ashamed of despite the heavy defeat they suffered against FC Robo Queens on Monday.

The former Osun Babes Gaffer believes the ‘New Direction’ Ladies lost heavily because they are in a rebuilding process after majority of the first team players have left for other clubs.

Confluence Queens were taught a footballing lesson on Monday, at the Western Boys Football Pitch, one of the venues of the Quarter Finals games of the Betsy Obaseki Women Football Tournament.

“I never expected this kind of result, because it is strange, we lost concentration and conceded the first goal and after that the rest came.