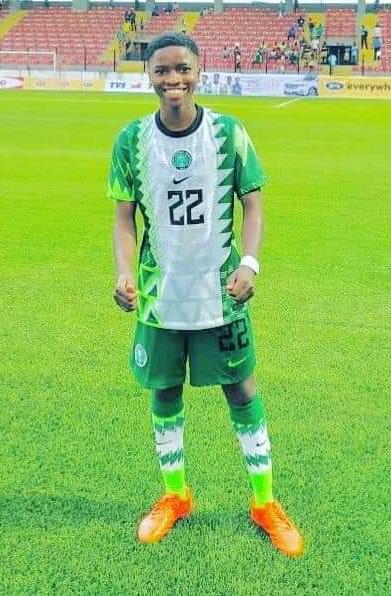 Mrs Chikere said the clarification becomes necessary following some misleading sponsored articles in the media, claiming that the player is being manipulated and coarsed to play for Edo Queens.

She stated that the player’s contract process was duly followed with special regards for the player and her club UNNICH Football Academy.

According to the Edo Queens FC management, “We have no reason to force any player to play for us against her wish. Second,we are a professional club that respects players and and the rules governing football administration in Nigeria. We have never been involved in any shady deals, we play clean.
The player was legitimately contracted following the recommendation of our head coach, Wemimo Matthew who has been keeping tab on her at UNNICH Football Academy.”

The management went further to say that “against the content of the sponsored article describing Flourish as a minor, if she is actually not eligible to play for Edo Queens what now makes her eligible for another professional Football Club whose official is fingered in the issues. Flourish is an eligible player who was invited to the country’s national female football team’s camp. It was in the process of honouring the national call up that some notorious SMART agents tried to brainwash her so as to pitch her against Edo Queens.

But we are happy that the Nigeria Women Football League (NWFL) has intervened and resolved the issues, otherwise, it was capable of discouraging clubs from releasing their players for national assignments where some scavengers lay siege. ” According to Chikere, Edo Queens FC are a responsible club whose players’ welfare and development is always in the front burner.

She said the player is being expected to honour her contract with Edo Queens by joining her teammates in Benin after the yulelide break.