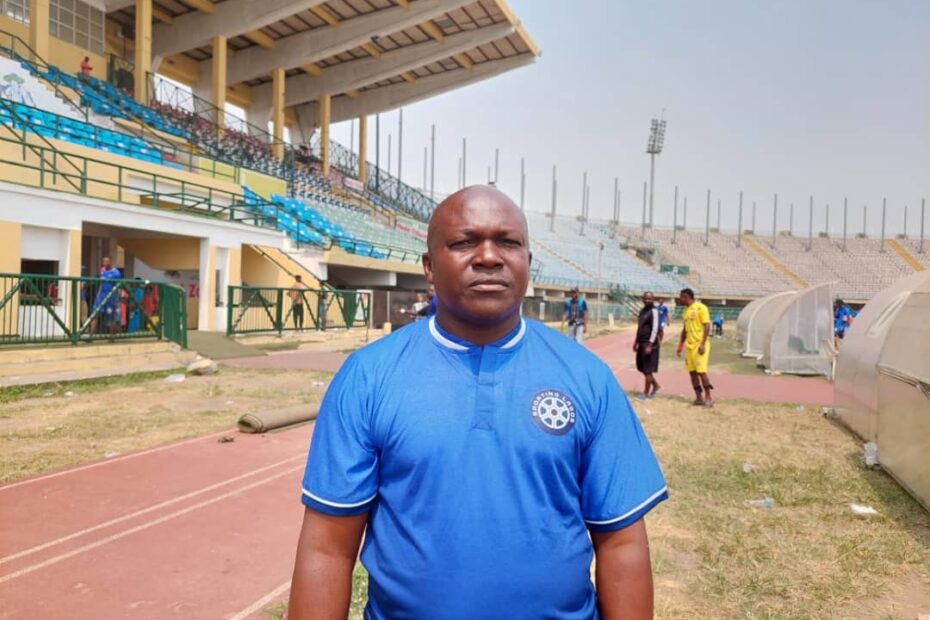 The very experienced coach of new entrant into the NNL Sporting football club Lagos, Uche Okagbue told tobexmedia.com the reality of starting from the scrape in terms of total recruitment of players just few weeks to the commencement of the league.
” As an individual I like challenges and taking responsibilities, that is the motivation underlying my acceptance of the job”.

The experienced coach who in the past once handled FC Ifeanyi Ubah, Gabros Football Club, Remo Stars and FRSC football club spoke about his readiness to make a mark in the short time he has been with the team.
” This team is about one month old with only two weeks exposure to training. This short time of training has earned the players pass mark with their performance.
” We are still in the building process. I believe before the league commences we will get it right.

My personal aim is to promote the team to the premier league as I stick for hard work and discipline. The crop of players I have will deliver as cohesion and Unity is gradually being infused.