U20 Women’s World Cup Qualifiers: Eagles set for Cameroon, Falconets make it a double in Cameroon as Danjuma calls 26 players to camp 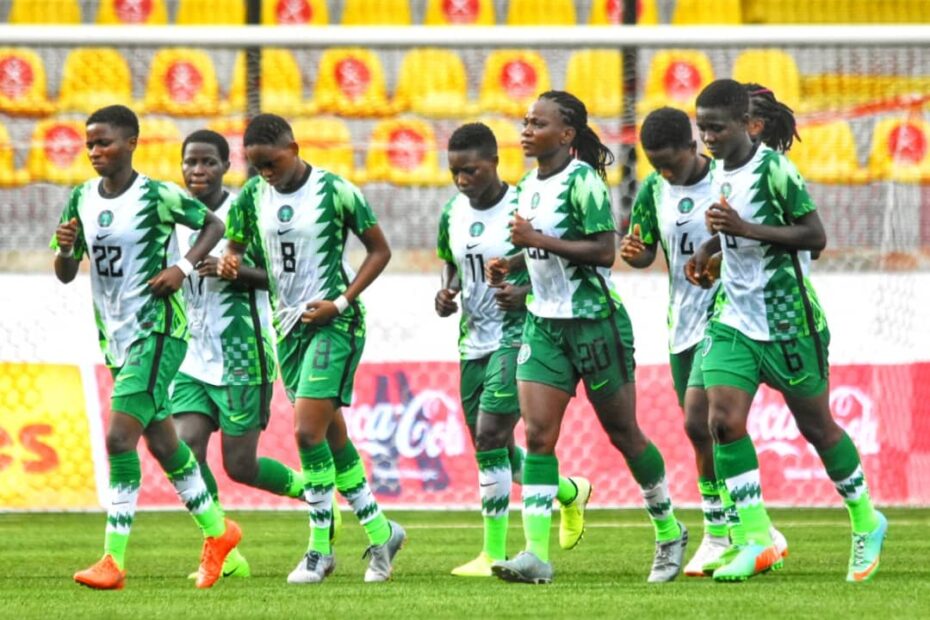 As Super Eagles prepare to land in Cameroon for the 2021 African Cup of Nations, coach Chris Danjuma has called up 26 players to the camp of the Nigeria’s U20 Girls, Falconets ahead of this month’s FIFA U20 Women’s World Cup qualifying cracker against Cameroon’s U20 Girls, Junior Lionesses.

A 15-goal haul in their last three matches has taken the two-time World Cup finalists to the penultimate round of the African qualifying series for this year’s finals, which will hold in Costa Rica. The Falconets hammered their Central African Republic counterparts 7-0 away and 4-0 at home in the second round, before a 4-0 bashing of hosts Congo in Brazzaville. The Congolese opted not to travel to Nigeria for the reverse tie.

Cameroon will host the first leg of the penultimate round in Douala on Sunday, 23rd January, with the return leg to hold at the Mobolaji Johnson Arena, Lagos a fortnight later.

The winner will have a date with the winner of the fixture Senegal/Morocco for a slot at the 2022 FIFA Women’s World Cup finals in Costa Rica in August.

All the invited players have been directed to report at the Serob Legacy Hotel, Wuye in Abuja on Wednesday, 5th January 2022 with their training kits and covid19 vaccination cards.

ALL THE INVITED PLAYERS