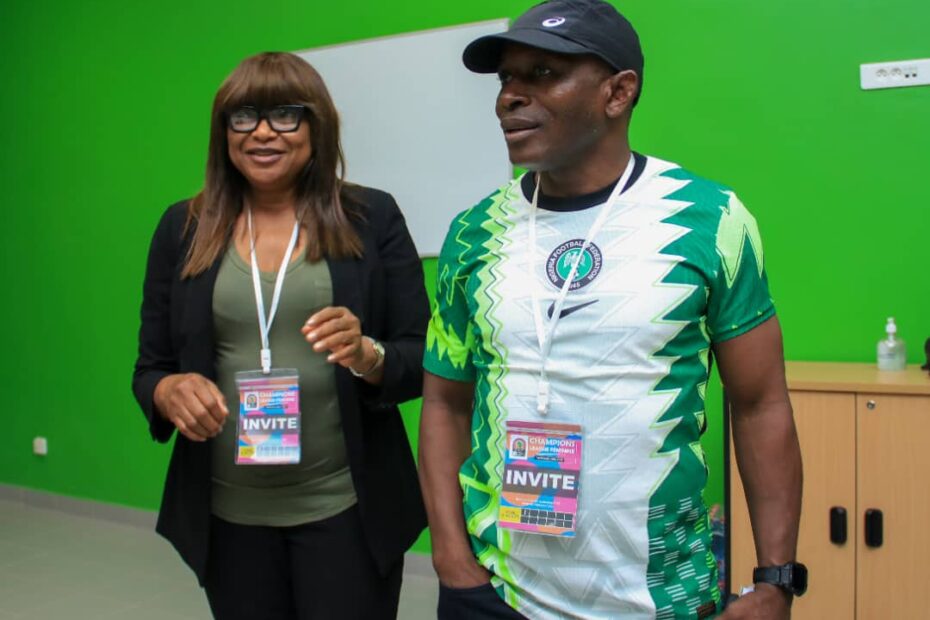 The Chairperson of the Nigeria Women Football League, Aisha Falode, has congratulated the players and management of Bayelsa Queens Football Club of Yenagoa, for emerging the champions of the 2022 WAFU B Zonal Qualifiers and grabbing the ticket to play in the CAF Women’s Champions League 2022.

Falode commended the reigning Champions of the Nigeria Women Football League for their doggedness, resilience, and winning mentality all through their campaign at the WAFU B Zonal qualifiers, where she stayed with them to give the team moral support as they represent Nigeria.

The NWFL Chairperson stressed that she personally experienced the winning mentality of the Nigerian champions during her stay with the team in Yamoussoukro. “I was not surprised when I got the news that they emerged champions of the WAFU B ZONAL QUALIFIERS.

“The team was well motivated to achieve their new status by the Bayelsa state government represented in Cote d Ivoire by the state Commissioner for Youth and Sports, Honourable Daniel Igali.

“The team was determined to win the WAFU B Zonal title to qualify for the CAF Women Champions League right from their first game played in Yamoussoukro.

“They had their target and beating their finals’ opponent from Ghana, Ampem Darkoa Ladies, 3-0, was not a surprise especially seeing all the three goals of the final game, scored in the first half by Miracle Joseph, Flourish Sabastine and Chinyere Igbomalu.

The NFF Executive Committee member urged Bayelsa Queens FC players and officials not to relent in their efforts to move a step further to win the CAF Women’s Champions League title in Morocco, later in the year.

This she said will help to lift Nigeria’s profile as the true number one women football playing country in the African continent.