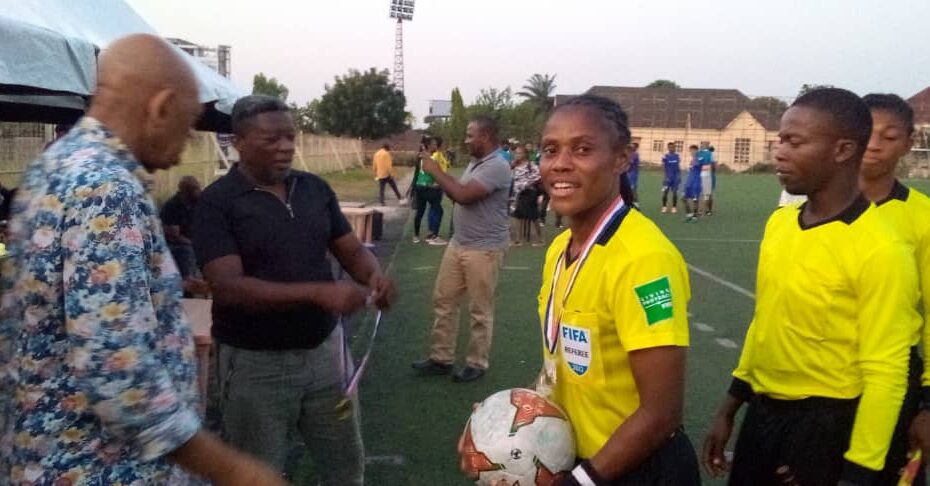 The underdogs of the 4th edition of the annual tournament first served out a dose of their intent to annex the giant trophy when they shocked Ingas 2-1 in the Semis despite numerical disadvantage for a greater part of the 90 minutes.

And on the night of the epic final, the Ifeanyi Ekwueme charges tightly screwed their necks onto their heads, cutting every shade of the grass to hold their foes at bay

Just 12 minutes after the start, Prince Ikemdinachi forced a brilliant save from Nnewi United when he stung his palms with a cut-in-and-shoot effort.

It would later turn out to be the major talking point of the classical clash although the 90 minutes.

Of extraordinary note is the stand out performance of match arbiter, Patience Ndidiamaka Madu, who, not only was fair and firm in the game but equally convinced all spectators present that her FIFA Badge and rising profile in refereeing was well earned and deserved, having officiated at the 2020 Olympic Games in Tokyo, Japan.

Christian Chukwu MFR, Stanley Okoronkwo, Hon. Chuks Agu,CSP Ebere Amaraizu who is pocacov Coordinator in the office of the Inspector General of Police, were part of the top football fraternity at the final.

After a scoreless draw at regulation time, both teams went into penalty kicks during which Apex Krane prevailed 4-3.