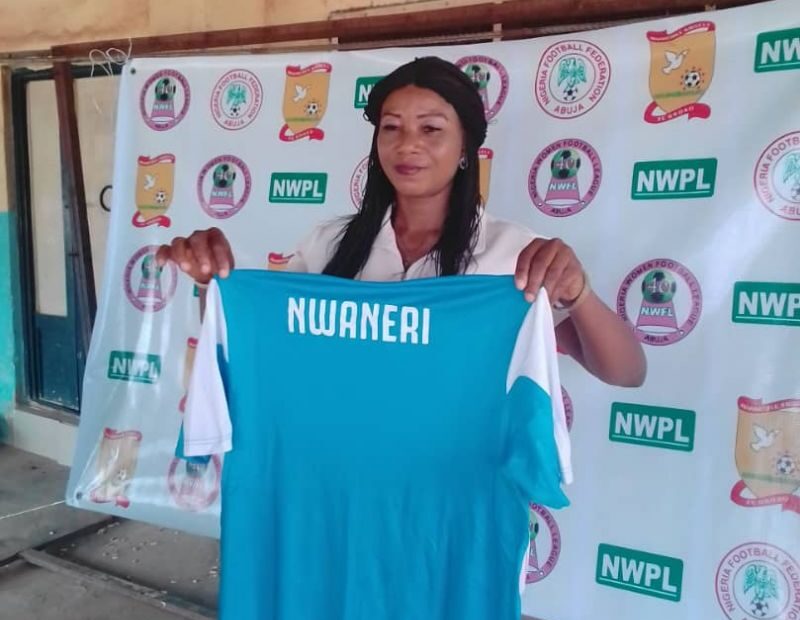 Former Super Falcons’ defender Adanna Nwaneri and currently assistant coach of the flamingos has connected the hosting of the Aisha Buhari Invitational Women’s Football Tournament with the other laudable programmes of the country’s First Lady, Dr (Mrs) Aisha Buhari and declared that the tournament is in the interest of the girl-child across the African continent.

Dr (Mrs) Aisha Buhari, a Global TB Ambassador and EMTCT (Elimination of Mother-To-Child Transmission) Champion, has built the Aisha Buhari Foundation along the first four pillars of the Sustainable Development Goals (SDG), viz ending poverty, ending hunger, living healthy lives and access to education – which are all dependent on the economic empowerment of the family.

Nwaneri believes the Aisha Buhari Cup tournament has the capacity to contribute to the empowerment of the girl-child as the showpiece will create awareness in far-flung places and other terrain not really disposed to allowing women and girl-child to partake in the game of football.

“The tournament will further create awareness of women football especially in other parts of the country where the idea is not well-received for women to play football. Now, with a woman of the status and decency of the First Lady supporting such an idea, the idea will become well-received and the negativity will ebb away.

“Many things will change with the Aisha Buhari Cup. It will become clearer that football is for everyone that has the capacity and the talent to engage in it.”