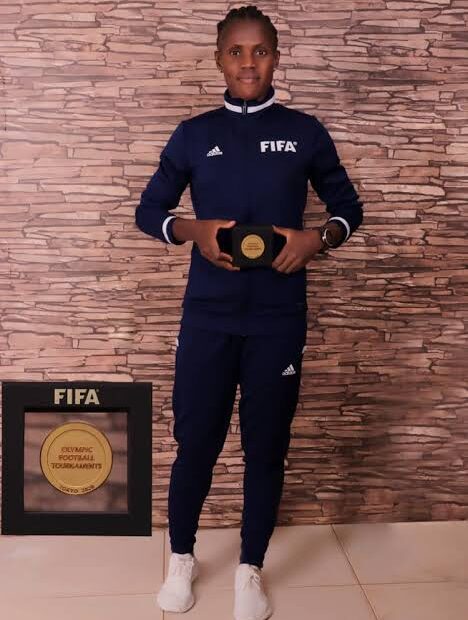 Madu, a no-nonsense Nigerian Referee and one of the most respected and promising Referees in Africa became a FIFA badged Referee in 2018 and officiated in her first Women’s AFCON the same year.

The Enugu-born Referee also had the rare privilege as an understudy at the Tokyo 2020 Olympic Games, where she served as a Reserve Referee in three games with a deserved Medal by FIFA in Tokyo.

The Doctorate Degree Student of the University Of Nigeria Nsukka has officiated in some of the biggest Women’s World Cup Qualifiers In Africa and in 2021, She officiated the final of the Men’s Federation Cup (AITEO Cup) between Bayelsa Queens and Nasarawa United. The young Referee also handled the final match of the 2021 NWFL Premiership Super 6 Championship in Ijebu-Ode.

The 12th Edition of the Women’s Africa Cup Of Nations Tournament will hold in Morocco from the 2nd of July to the 23rd. A total of twelve teams are expected to participate.