NBBF : We will maintain the flame , passion of basketball inspite of Distractions ; Zonal programmes will be Sustained – Kida 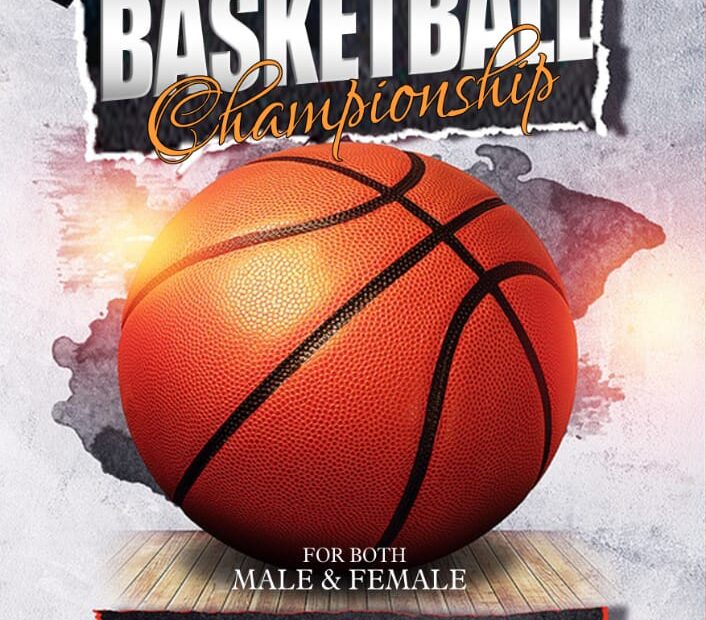 The President of Nigeria Basketball Federation NBBF Engineer Ahmadu Musa Kida has revealed that the fire of the on going Zonal invitational tournaments will continue to burn no matter the intimidation.

The NBBF Boss further revealed that the South South Zone will be the next port of call for the developmental program and this, will maintain the flame and passion of the game burning.

He said the Nigeria Basketball Federation {NBBF}, Zonal programs which is aimed at developing the game across the federation has moved to the North East region despite the lies and innuendos by the Sports Ministry and the Sports Minister, Chief Sunday Dare, about the state of game of basketball in the country.

The North East Championship which will starts on the 19 June with six States in zone in attendance in the male and female competition.

The North East Zonal representative on the board of the Nigeria Basketball Federation, Alhaji Abba Kaka Abdulquadir, stated that the first phase of the Championship will start on the 19th and end on the 23rd of this month and the Government Girls Secondary School Basketball Court in Maiduguri will be the venue for the competition.

The North East Basketball Championship is one of the numerous activities lineup to help develop the game in the region as outlined in the four years developmental program of the new NBBF board under the leadership of Engineer Ahmadu Musa Kida.

It will interest you to know that the North East Basketball Association {NEBA}, has condemned in strong terms the ploy by the Sports Ministry to use the funds meant for international basketball competition to stage an irrelevant U-18 National Championhip which all the six Zones of the country has washed their hands and feet off.

The North East equally believes that the IMC, which is the new toy in the pocket pof the Sports Minister is alien to the NBBF Constitution and that it will never support or participate in any of it’s activities just as the other five Zones have agreed.

The North East Zonal Championship will be play in all the various State Capitals of the North East for both male and female teams.

The state winners will compete in the grand finale.

Abba Kaka Abdulquadir said cash prizes will be given to the top three teams and there will be cash subsidy for the coaches and team officials.

Only last week, the South East Basketball Association {SEBA}, had a hitch-free invitational tournament with all the five states in attendance.

Imo Heartland Basketball club from Owerri emerged champions in the inaugural edition of the championships tagged the ” SOUTH EAST BASKETBALL INVITATIONAL” defeating the host team Coalcity Basketball Club of Enugu by 43-42 at the indoor Sports Hall of the Nnamdi Azikiwe Stadium.

Despite the heavy downpour which affected the finals with the licking roof recently claimed to be rehabilitated by the Federal Ministry of Youth and Sports, the final game lived up to expectations as both teams displayed aggression, energy, passion, and scintillating basketball skills to the admiration and excitement of the fans, supporters, and lovers of the game.

The 4-day competition which tipped off on the 8th of June and organized by the Southeast basketball association, had in attendance the 5 states that made up the Zones Abia, Anambra, Ebonyi, Enugu, and Imo competing for the star prize.

A board member of the South East Basketball Association, Kelechi Anuna, a silver medalist at the 2017 Afrobasket reiterated that both the active players and veterans in the diaspora whose origin is from the zone under the stewardship of the NBBF Zonal Representative Ugo Udezue are committed to taking the game to the next level, reassuring that the crisis created by the Sports Ministry rocking the country’s federation will not deter their focus and Vision.

“We are condemned to the goals and aspiration of the talents that abound in the South East and will continue to do our best in the repositioning of the Zone notwithstanding the challenges that we are faced with.
And one of the challenges is the recent ban placed on international competitions by the Federal Ministry of Youths and Sports Development for two years.” He said.

The visitors’ Heartland started the competition on a brighter note, edged past Team Ebonyi in the first game, lost two straight games to Abia and Enugu respectively, and scaled through to the semifinal to defeat Abia by 35-33.

The Coalcity kings Enugu, basking in the euphoria of the home support dominated and outclassed all their opponents enroute to the final but lost one game to Anambra also by a slim margin of 24-25.

Similarly, Team Abia one of the exciting sides in this year’s edition of the competition, possessed quality, teamwork, ball distribution, skills, and physicality but unfortunately lost in the final quarter of the semifinal to Imo.

Anambra another side that showed signs of un-coordination offensive and defensive in their play, failed to utilize their opportunities but still manage to play while Team Ebonyi were the whipping boys of the tournament, losing four straight games.

In her words, the Coach of Team Imo, Ogbonnaya Chikadibia while expressing happiness with the performance of the team and also winning the competition in her debut coaching experience, stated that she was tensed up all through the 4th quarter until the last few seconds of the game.

The secretary of the South East Basketball Association Osondu Ngwude, says the train will move to another state in the next few months as the Board of SEBA has concluded plans to develop the game in the Zone based on the NBBF initiative for the Zones.

The South West Basketball Association {SWBA}, whose representative on the board of the Nigeria Basketball Federation Olumide Oyedeji is still limping between two opinions were the first to jump start the Zonal initiative of the Federation with the South West Secondary School Championship.

The Vice President of the NBBF, Babatunde Ogunade, explained that they will do every thing humanly possible to keep the game of basketball alive despite the misguided self isolation from the International basketball competitions imposed on Nigeria by the Sports Ministry and the Minister Chief Sunday Dare.

“Yes, it will be difficult to get all the needed support from the cooperate world but as a united board with a vision, a goal and a set objective, we will give it our all. Already as you can see the Zones are implementing our developmental program.” The former international and former Lagos State Basketball Asociation Chairman said.