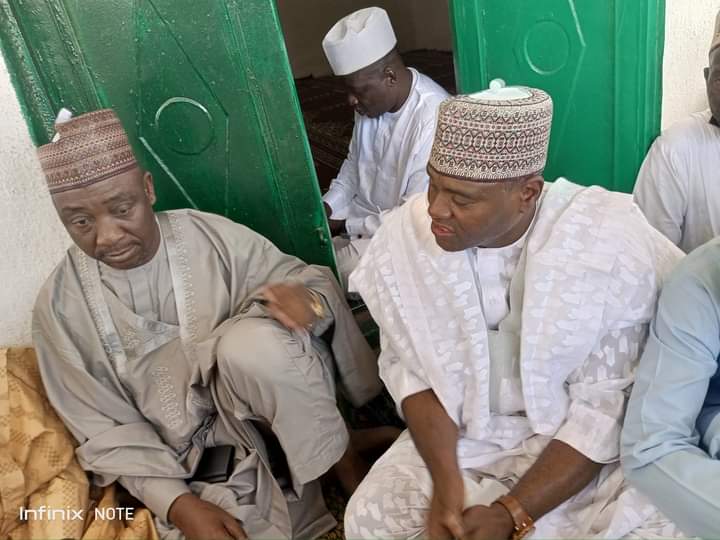 Alh. Ibrahim Gusau who was in Kano over the weekend visited the residence of the former Heartland and El-Kanemi forward at Kofar Mata Quarters in Kano Metropolis .

The NFF President described late Bello Musa Kofar Mata as an exceptional player both on and off the field of play while adding Kano and the nation by extension has lost rare gem.

Alh. Gusau further added Late Bello Kofar Mata will always be remembered for his immense contribution to the country’s football growth especially during his days as a youth International.

Gusau also prayed for the repose of the departed soul and give his family the fortitude to bear the loss.

Late Bello Musa Kofar Mata succumbed to the cold hands of death on 2nd November, 2022 aged 34  after a brief illness.

The deceased was part of the  Flying Eagles squad that took part in 2007 U20 World Cup in Canada.